Incredible Cinnamon Raisin Bread from The New Joy of Cooking!

This bread has been on my 'to make' list for a while now.

The New Joy of Cooking was published in 2019 and I went on a special shopping trip to the local giant warehouse store just to pick it up. 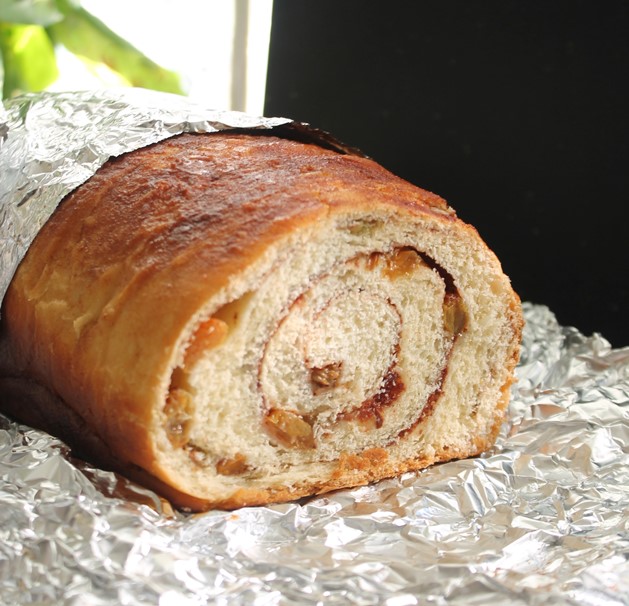 It's so much fun going through this cookbook.  I tagged a ton of good looking recipes to make. If you get this book, be aware there are no photographs of the recipes.

I usually like to see the end result of a recipe in a photo, but I know NJOC is going to give me quality recipes and great instructions. 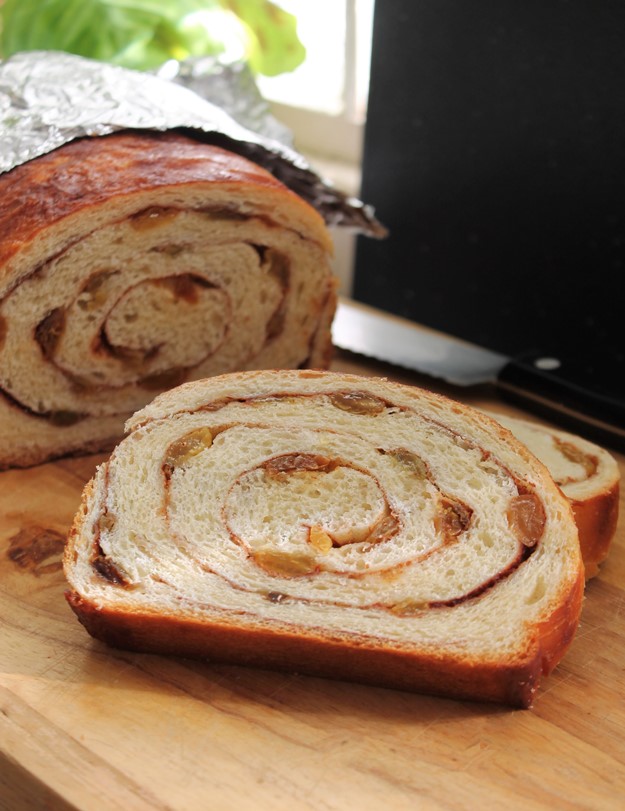 This Cinnamon Raisin Bread recipe makes two loaves. You start out with their Rich White Bread Recipe, which has a couple of eggs, more milk, and more sugar than the regular White Bread recipe.

It's a sticky dough, but it's very pliable and easy to work with. I might have under proofed these loaves a bit. Bret was telling me stories about his day, the cats were wanting in and out, and I lost my focus.

The bread came out a little homely with strange cracks. I thought the tops might be browning too much, but the dark brown is actually from the egg wash and cinnamon-sugar sprinkled on top. 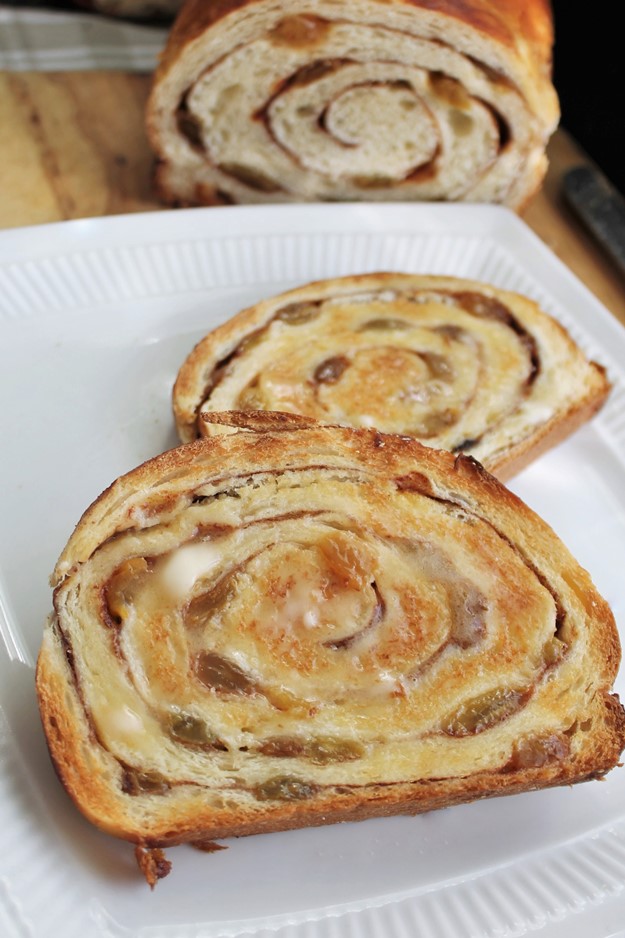 These loaves may not have been as pretty as some others, but the taste is amazing. There swirls are perfect and are made of strong, sweet cinnamon and tons of plump little golden raisins.

Of course you have the melted butter in the swirls, too, then a little more melted butter brushed on the top of the loaves just after they're pulled from the oven.

The bread is great warm out of the oven or cooled down with a pat of softened butter spread on it. It's one of the best Cinnamon Raisin Breads I've ever had. Trust me on this one.  It's also terrific toasted (see photo above) with a little butter.

NJOC has great instructions to make this bread.  Be sure you read through them a couple of times before beginning so you'll get the timing down.  I wouldn't change a thing on this recipe. Terrific.

More Great Recipes from The New Joy of Cooking:

It's a fairly sticky dough, but will come together nicely when you turn it out on your floured surface.

If you prefer kneading completely by hand, just turn the dough out onto a floured surface and knead until soft and pliable (and window pan) for about 10 minutes.

The second proof of the dough will take the entire 1 ½ unless you have much warmer conditions than I did.

While baking, the top of the bread may look too dark of brown, but remember that you've sprinkled it with cinnamon-sugar.  That will make it look darker brown, so don't take it out too soon.

To freeze a loaf, let it cool completely and wrap with plastic wrap.  Then wrap in aluminum foil and place in a freezer bag.