Apparently Mr. Harcourt-Cooze moved from Britain to Venezuela so he could immerse himself completely in world-class cacao (aka cocoa beans). He built a farm in the cloud forest and began experimenting with and harvesting cacoa. Sounds like quite an adventure, doesn't it?

When a local sugar plantation gave him raw sugar cane, he used it with his cacoa and a few other standard ingredients and created this decadent chocolate cake. 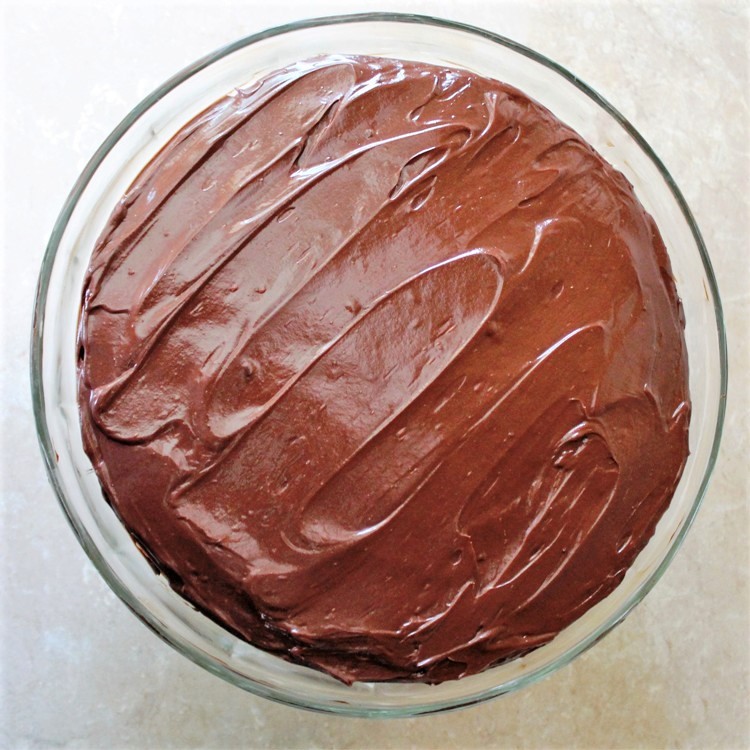 The original recipe has ground almonds in it, but I used an equivalent amount of flour instead. When I baked it, the cake swelled on one end like an ocean wave - it was really strange! I've never seen a cake do that.

After it was finished baking though, I gently pressed down the high side and it settled into a normal-ish looking cake. Not sure if the flour instead of almonds had something to do with it, but it's fine now!

Be sure and prep your ingredients before starting this cake. It looks pretty straightforward, but it takes a little time to chop up that chocolate.

Oh, and about that chocolate. It required 100% cacao bar and I could only find a ten dollar 99% bar. Ten dollars! Yikes. I went ahead and got it, though, because I was curious to see what a difference it would make. 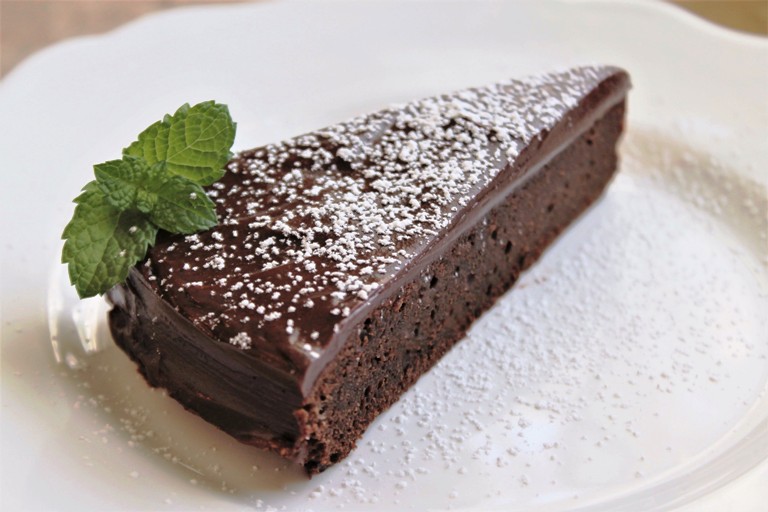 The chocolate definitely made a difference. Bret thought it was a little bitter and I agreed, mainly because I'm not used to that deep dark of chocolate. The icing is heavenly made with it, though, and I would use it on a number of baked goods (vanilla cupcakes come to mind).

I find that Europeans seem to prefer drier cakes than the U.S. and I did find this one to be a little dry, but that's entirely subjective since I substituted the flour for the almonds. 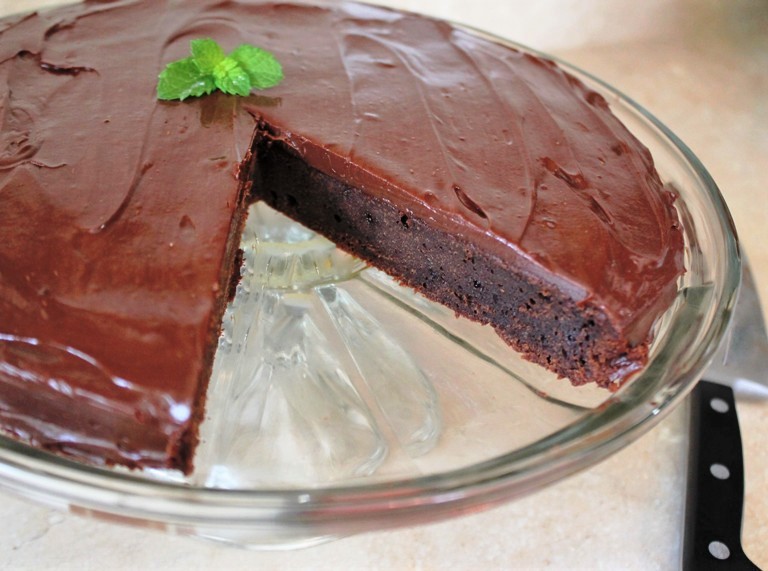 I'll be cleaning chocolate out from under my fingernails and scraping it off of the counter for awhile, but I enjoyed this challenge. It was the first time I'd used a springform cake pan and I look forward to making a cheesecake in it sometime soon!

If I ever made this again, I would use a smaller pan - maybe a 9" round cake pan, so it would be a little thicker.

I'm told it would definitely be more moist with the ground almonds instead of the flour.

Four stars for the frosting!