Bret made a wonderful brisket in December and I froze half of it since we can't eat that much meat before it goes south.

This Beef Potato Bake originally called for ground beef, but I really wanted to use that tasty brisket.  It has the basics - beef, onion, potatoes, cheese, so I knew it would make a quick, hearty lunch. 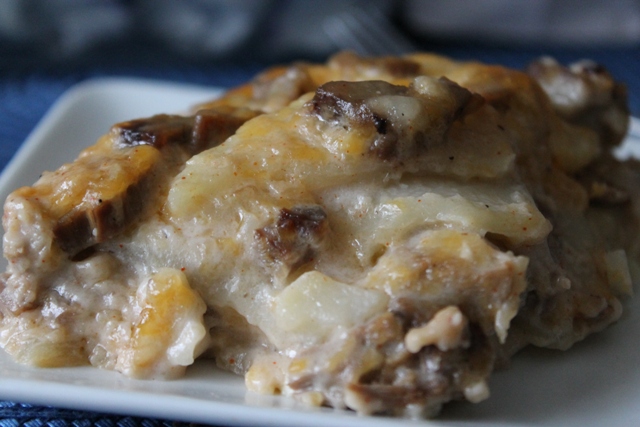 I haven't cooked with canned cream of mushroom soup in a long time.  It seems like everything from my early cooking years had some sort of cream soup in it - mainly because it made a good gravy.

After looking at the ingredients in the soup (wow - that sodium!), I put it aside for years and make most everything from scratch.

This recipe, though, blends the soup nicely with the other ingredients and makes a nice creamy binder for the meat and potatoes. 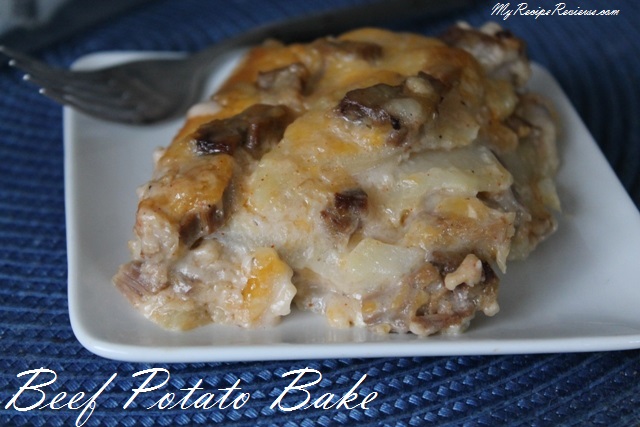 Bret and I both had two helpings, so I guess it's a successful new recipe!

Besides slicing the potatoes, Beef Potato Bake is a fairly quick throw-together dish.  Since it uses on-hand ingredients, I'll keep this recipe handy to make with ground beef or leftover brisket.

Tips and Stuff :  You could use ground beef instead of cooked brisket.  Just brown the beef with the onions (without adding the oil) and drain the grease.