This month The Avid Baker's Challenge group decided that with the scarcity of baking supplies, we're free to choose whatever recipe we want from the Great British Bake Off site. 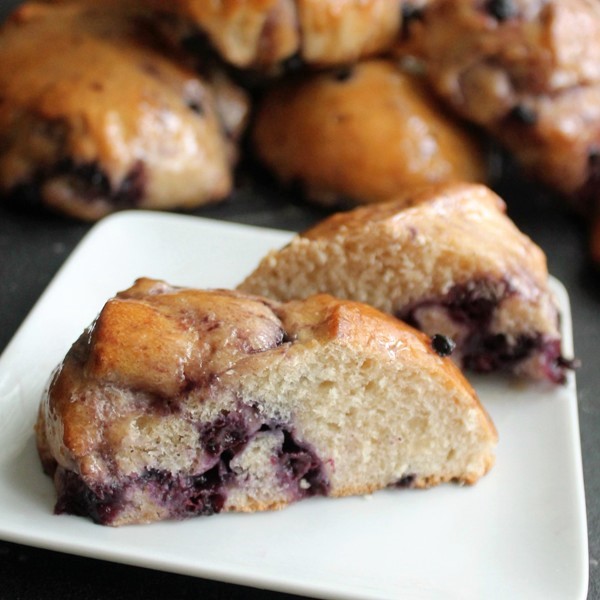 The photos on the GBBO site show perfectly shaped buns with dots of blueberries - beautiful. Mine, however....came out a little differently.

The buns came out looking a little strange because I used frozen blueberries. If you use frozen blueberries, definitely let them thaw and then drain them. Pat them dry at least twice with paper towels before adding to the dough.

If you don't get the blueberries dry enough, after you add them it will make for a very wet dough. That means you can't shape them into the beautiful little buns like the on-line photos. Example of a not-round, but very tasty blueberry bun: 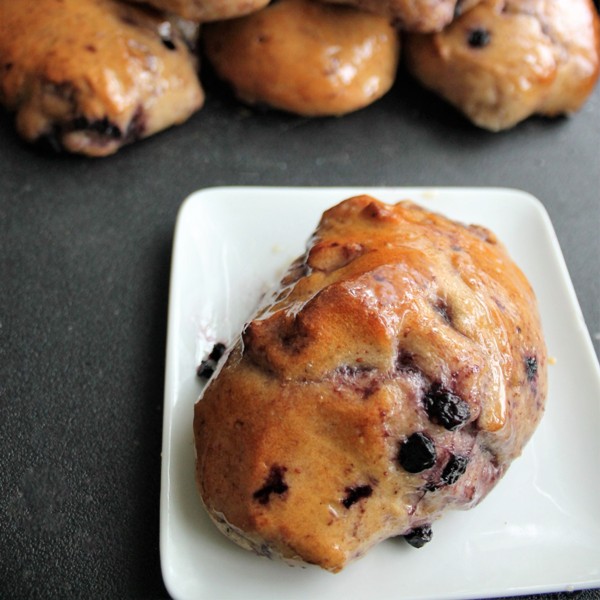 The dough for these buns is just glorious - it's soft and easy to manipulate. The combination of cinnamon and cardamom make your kitchen smell just like you've walked into a bakery!

American's don't use cardamom much and I did use less than the recipe calls for (adjusted in the recipe below). It's a rather strong, almost lightly peppery spice to me.

Cardamom is fragrant, but can be overpowering if you use too much. If you don't have cardamom or don't want to pay the premium bucks for it, just use a little more cinnamon. 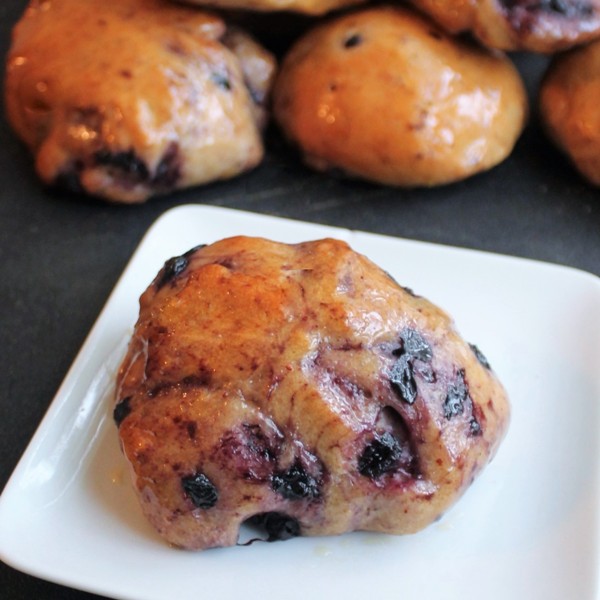 These Blueberry Buns with Honey Glaze are delicious. Barely sweet, wonderful texture, and great flavor with dots of blueberries. Finish them off with a light brush of the contrasting sweet honey glaze and you have a great blueberry bun.

The original recipe recommends toasting them for breakfast and serving with whipped cinnamon butter and blueberry jam. I sliced and toasted one this morning and dabbed it with a little melted butter. Wonderful with fresh, strong coffee!

I hope you'll try these. It's kind of a fun bun to put together and it's a good use for those upcoming summer blueberries.

I used 2% milk - worked fine.  Original calls for unsalted butter and 1 teaspoon salt, but I used salted and ¾ teaspoon salt.

Make sure the milk/butter mixture is lukewarm before adding it to the flour mixture so it will activate the yeast.

The original recipe calls for 1 ½ teaspoon ground cardamom, but I thought that was too much.  Use what you like or substitute all cinnamon for it.

The original recipe also has instructions for blueberry compote and cinnamon butter.  Follow the link in the first paragraph if you'd like to make those.  I didn't!