I chose the Caramel Honey Cake because the photo of this six-layer cake looks challenging and I love caramel! 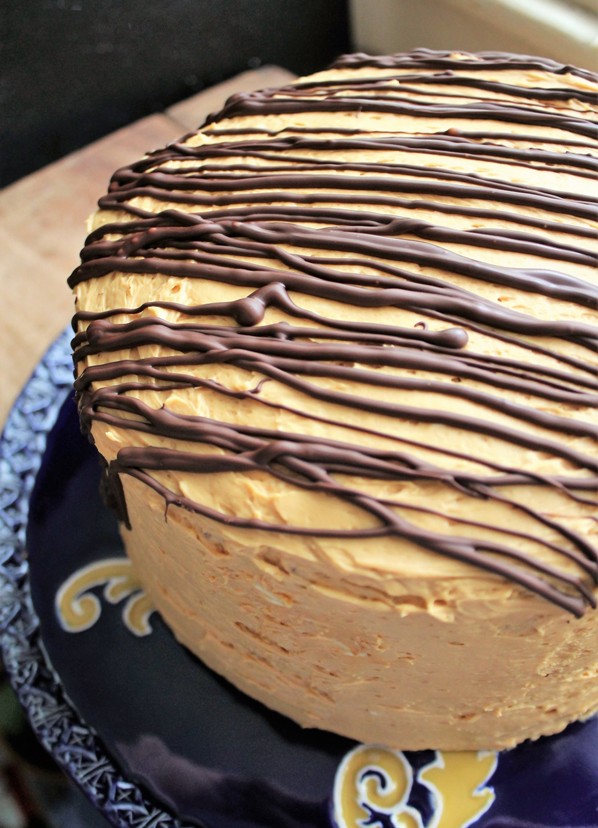 There were challenges to overcome - definitely. The recipe calls for pecans in the cake as well as on the outside of the cake as decoration. I left those out because Bret can't have pecans and also knowing it has almond flour in it, I didn't want the pecans to give the cake an even more coarse texture.

The main challenge, though, is the six layers. My cakes didn't seem thick enough after baked to cut horizontally in half, so I left the cake at three layers. 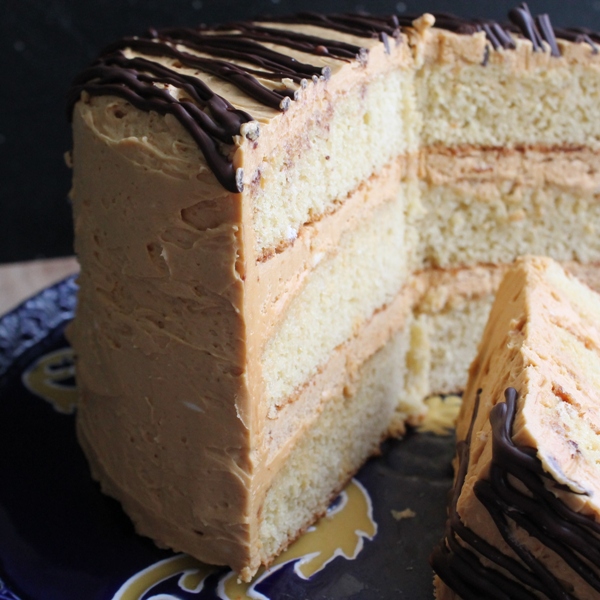 I had to slap Bret's little fingers a few times when he kept dipping them into the frosting bowl. I really think the frosting is the highlight of this cake. 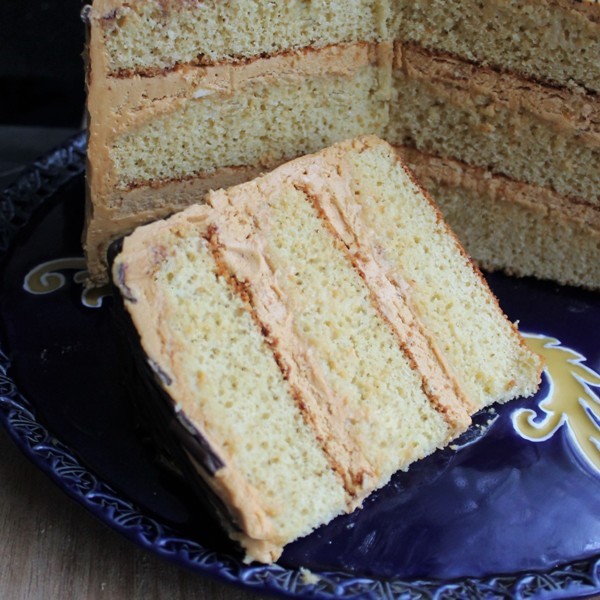 To me, this Caramel Honey Cake is like a cornmeal-like textured pound cake, which is actually better than it sounds. With the almond flour, I was kind of expecting that texture, but I was wishing it was a smoother and tighter crumb.

I would definitely make the frosting again! It will be great on cupcakes or a deep chocolate cake.

Although the cake sponge flavor is good, I probably won't make it again just because I prefer a softer cake. That's entirely subjective and many people prefer it. If you'd like a little bit of a challenge, make this cake and see what you think. Believe me, we'll be forking it up to the last crumb.

This cake is supposed to be 6 thin layers, but I made mine 3 layers because they were thinner that I thought they should be and was afraid they'd just fall apart.  If you use 6 layers, be a little more frugal with the frosting.

The original recipe has 1 cup of chopped pecans stirred into the cake batter.  Use that if you wish, but I think it would make the texture rougher.

The recipe calls for unsalted butter, but I used salted butter and left out the called-for salt.

The garnish is up to you - I used chocolate drizzle, but the original used chopped pecans pressed into the sides as well as some wafer cookies stuck on top.  Whatever you think will look pretty.