There's nothing like the aroma of bread baking in the oven.

I wanted to try something different and saw this Maple Oat Bread in Taste of Home's Guilt-Free Cooking that's been sitting on my shelf for awhile.

Some day I'll get through every single recipe in my shelves of cookbooks (right...). 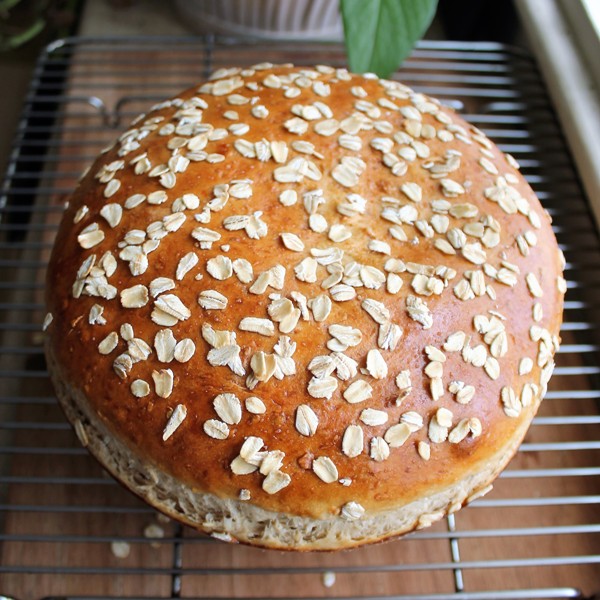 The first attempt at baking this bread was what I call a failure. When it goes into the trash after one slice - that's a failure.

The original recipe calls for ½ cup of pure maple syrup and it was way too sweet for me. Also, I made it in a smaller dish and although I should have known to bake it for at least five minutes longer than the listed time, it came out underbaked.

I just couldn't serve it, so reluctantly threw it out. Ouch.

Not to worry, subsequent attempts came out great! 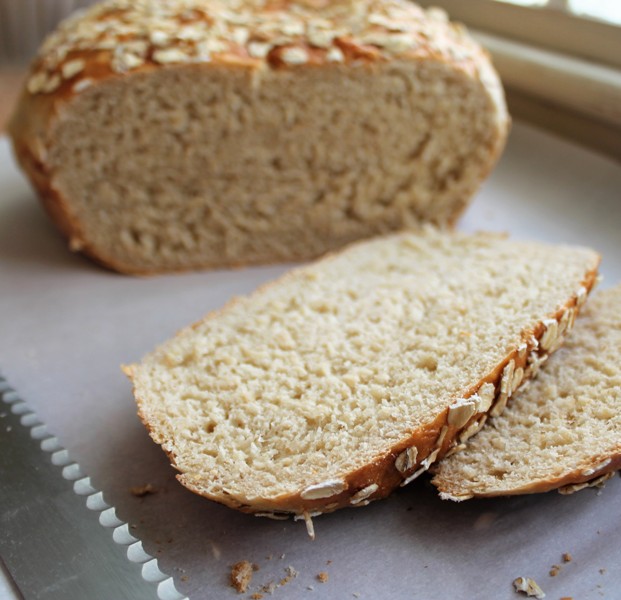 I cut down the maple syrup to ⅓ cup and it was just right. You can taste the subtle maple flavor throughout the soft, wonderfully-textured bread. A teaspoon of cinnamon added to the batter makes it even better.

It'll be great toasted and slathered with a little butter for breakfast with my favorite coffee. Yes, butter. I know this book is called Guilt-Free, but by decreasing the maple syrup I made it even more guilt-free, so butter is OK. 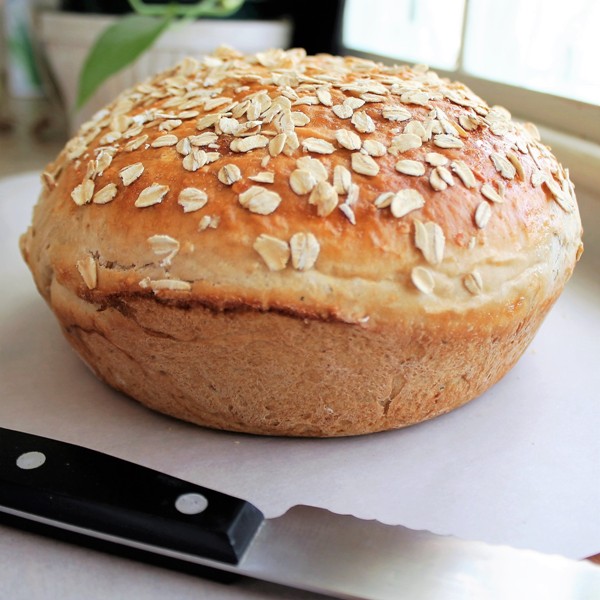 The original recipe calls for ½ cup of maple syrup, but I found that too sweet.

Don't under bake!  If you're using a smaller or different-sized dish, adjust the baking time accordingly.