I'm in a cooking club and one of this month's cookbooks to choose a recipe from is Half-Baked Harvest by Tieghan Gerard.

It was published in 2017 and there are so many wonderful recipes I want to make from it. 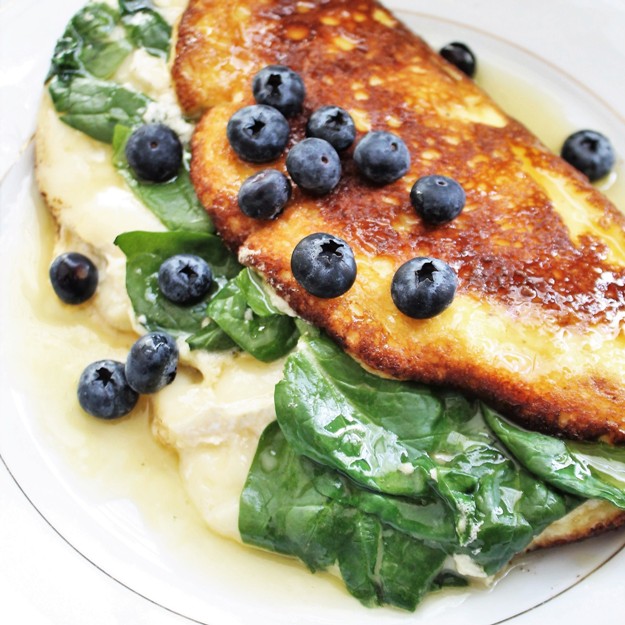 The first one, though, has to be this Soufflé Omelet with Spinach and Brie. Don't be intimidated by the word "omelet" - it's easier to make than you'd think.

The original has an addition of artichokes in it, but I chose to make the omelet with just the spinach and Brie because I wanted a lighter lunch. It's perfect this way and have noted the slight adaptations in the recipe below. If you want to try it with artichokes, knock yourself out!

Here's a photo of it after I snarfed half of it down. 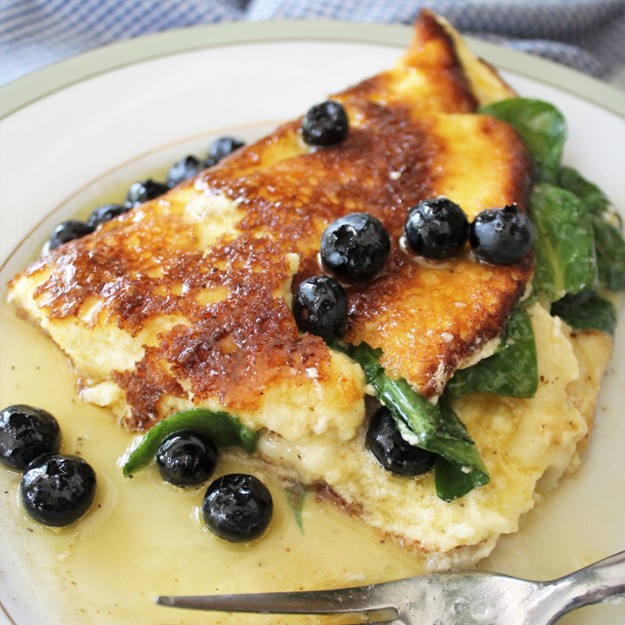 I've never made a real, live omelet before. Meaning, in the past I've slopped some eggs into a pan, sprinkled them with cheddar cheese and flopped it over. Acceptable, but not really an omelet.

This omelet is puffy, almost like a Dutch baby pancake, and because of that, the honey butter and blueberries are perfect with it. The spinach, melted brie and that sauce are such a delicious, unbelievable combination.

Surprisingly it's easy to put together and besides the Brie, I had all of the ingredients on hand. (Confession: it's the first time I've ever bought Brie. I know, right?) 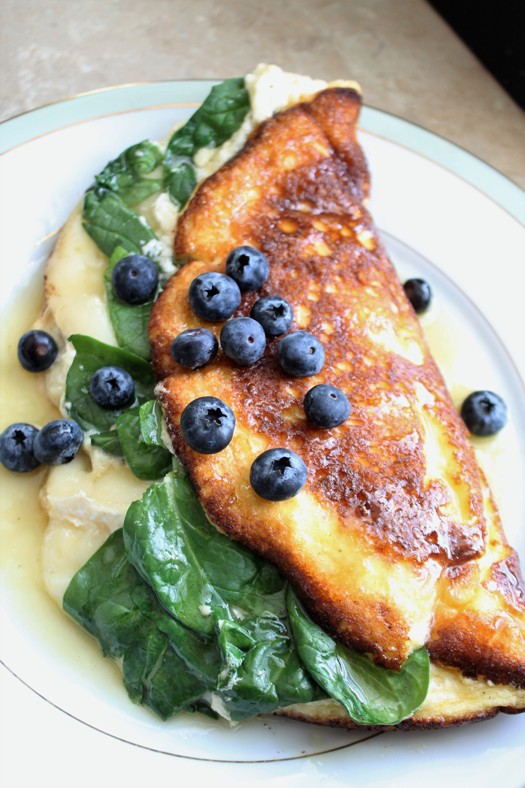 If you have a family brunch or are just looking for an outstanding dish for breakfast or lunch for yourself, do try this Soufflé Omelet with Spinach and Brie. You'll definitely be glad you did!

I think I'll make another one tomorrow. And maybe the day after that. Can't let that Brie go to waste.

I used about a tablespoon of heavy cream along with 2% milk to fill out the fourth cup.

The original recipe also includes artichokes, but I thought it would be too much for a light lunch.  The way I made it was perfection!

I used the rind on Brie, but if you prefer, take it off.

Hold the pan down almost touching your plate to slide it off.

I only used about half of the honey butter sauce because it would've made it too rich for me.