This Corn Chowder (with Bacon and Potatoes) is the second Joy of Cooking recipe I've made this month.

There are some great recipes in that little cookbook - well, maybe not so little since it has over 4000 recipes! 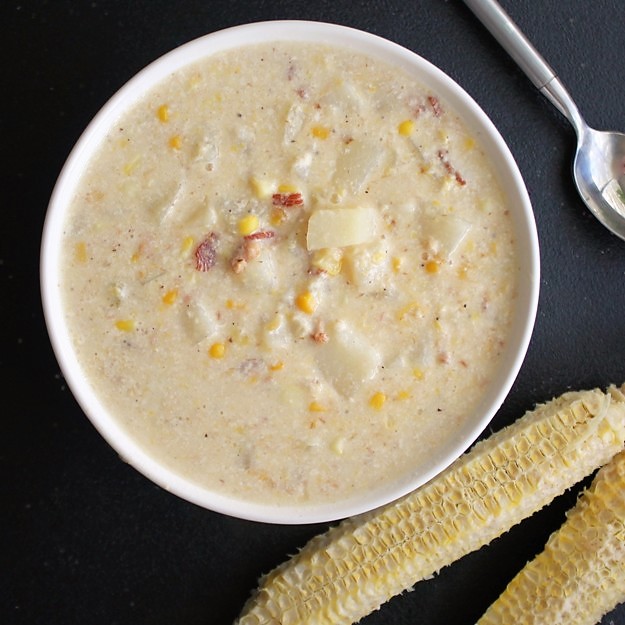 Some of the recipes are basic, some are a little more involved. I think they can squish all those recipes in there because there are no photos. That doesn't take away from the recipes, though, and they've tested them so many times that I know they'll be good. So far, so good.

Since Winter is winding down in this part of the country (about 60° today - sorry North Dakota), this Corn Chowder caught my eye while thumbing through this tome.

It has chunky potatoes, bacon, and fresh corn in it and is a hearty chowder. Use the best, freshest produce you can get. It really makes a difference. 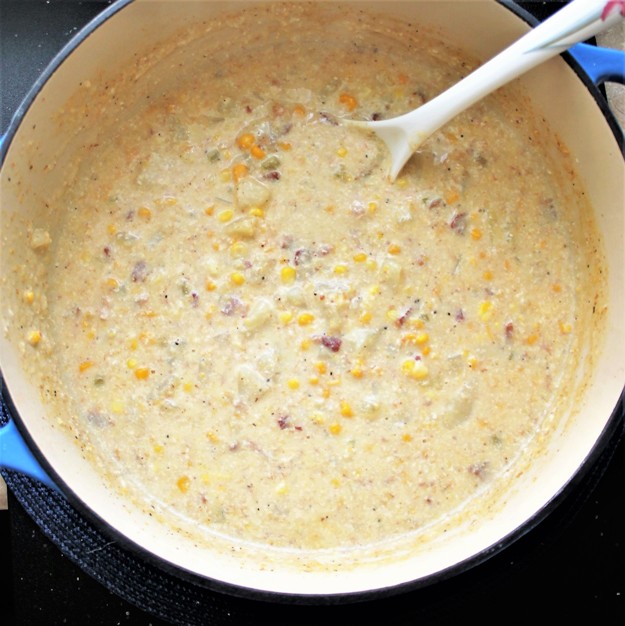 Even though the recipe called for milk instead of cream (I used 2% milk as usual), it's still rich and creamy, with chunks of goodness here and there. Simmering the corn cobs with the chowder really adds another level of corn goodness.

We totally enjoyed it and will make it again when the weather gets cooler later this year.

I've never owned The Joy of Cooking, but after making the Chocolate Shortbread and this Corn Chowder, I'm inclined to invest in it. There are a ton more recipes from it that I want to try!

Update: I finally purchased The New Joy of Cooking (the 2019 version) and am loving it. More delicious recipes to come!

I used a combination of russet potatoes and red potatoes.  If you want, leave the skin on the red potatoes for color (I don't prefer them).

I found that freezing the bacon for about half an hour made it much easier to chop.

I used about 1 ½ teaspoons of onion powder instead of onion since Bret can't eat them.

When simmering, make sure heat is on low so the milk won't boil up.  You don't want to ever get the milk to the boiling point.