It seems like from Halloween to New Year's Day that we're inundated with sweets and holiday goodies, and by January 1 I'm ready for normal food.

Everyday, simple good food. This Pasta with Mushroom Ragu for two is just that. A good, hearty meal full of good stuff. 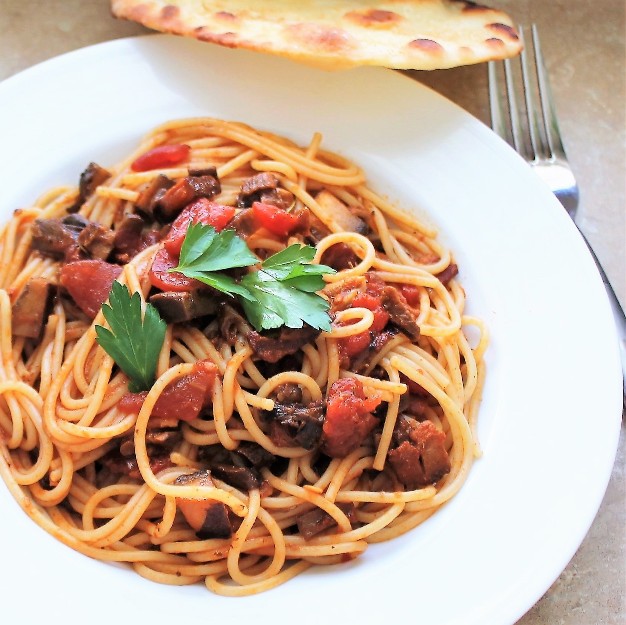 This recipe comes from America's Test Kitchen's Cooking for Two Cookbook - a cookbook that I've come to love. Every recipe I've tried from here has been so good and not too difficult to make.

I do appreciate the tips and explanations, and the recipes have just enough chopping, simmering, and new techniques to keep me interested.

This Pasta with Mushroom Ragu has chopped porcini and portobello mushrooms that make it almost meaty. The sauce is chunky and delicious and the simple seasonings are just right. 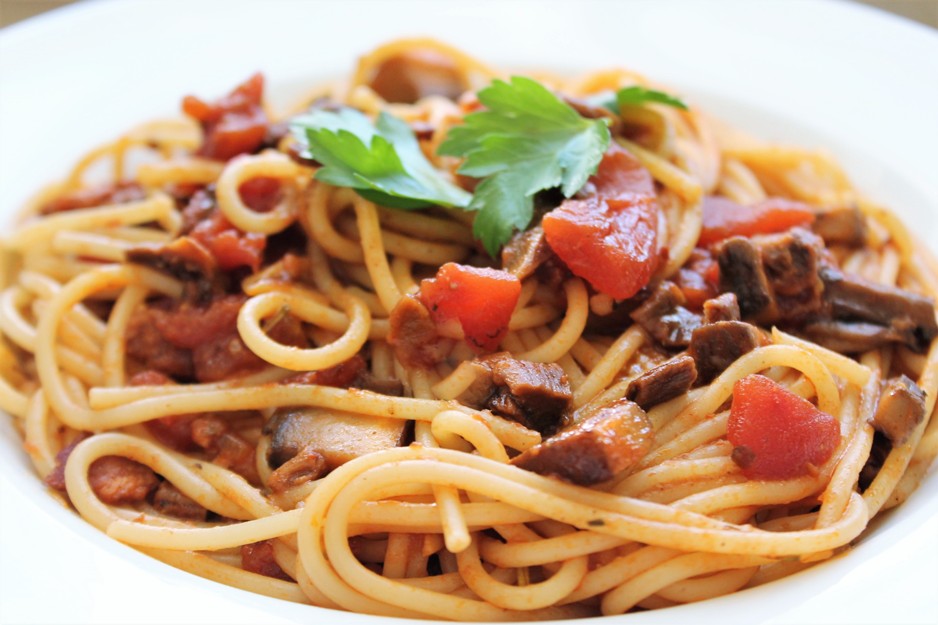 I made a couple of little changes to their recipe even though I know their recipes are just about perfect.

The original called for pancetta and I used bacon because that's what I have. I also used drained chopped tomatoes instead of whole peeled tomatoes and added a big pinch of red pepper flakes at the end. I think all Italian tomato sauces need that spicy kick, but it's entirely optional.

If you read through the recipe a couple of times (always recommended) and get all of your ingredients measured, chopped and ready, it really doesn't take very long to put together.

We made a side of garlic-butter mini-naan bread and really enjoyed the meal. I recommend this for something a little different (meatless, too!) and satisfying.

You can easily find dried porcini mushrooms and portobello mushrooms at your local grocery store.

*Do not forget to scrape off the dark mushroom gills with a spoon before chopping.  They're not pleasant tasting.

Don't drain the grease off of the cooked bacon.

The original recipe called for 6 oz. of pasta, but that was a lot for two people, so I lowered it to 5 oz.  You can weigh it on the kitchen scale I know you have and that no kitchen should be without (or you can just guess).

Start the pasta water boiling as soon as you begin simmering the sauce.