For the month of September Meredith from the Poco Loco Olsons challenged us to experiment with soda bread.  I've never tasted Irish Soda Bread and certainly have never attempted to make it until now.

I chose Ina Garten's Irish Soda Bread because it was a sweet version and how could you go wrong with an Ina Garten recipe?

The dough came together nicely with Ina's (she lets me call her Ina) instructions and it made a very sticky batter - almost like a cookie dough consistency, but stickier.  After dumped onto a well-floured board and shaped, the  dough was easier to manipulate into a round loaf. 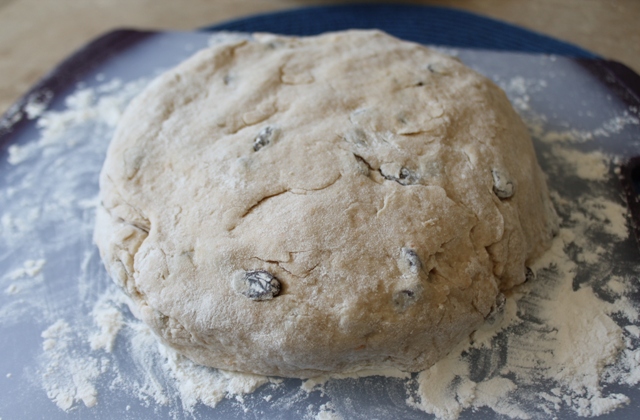 If you don't want as many cracks as I had in mine, form it into a smoother loaf before baking.  I kind of liked the cracks - it makes me feel like the bread is more artisan (ooh-la-la).

It ends up as a beautifully risen loaf, which is surprising since it doesn't have yeast in it. 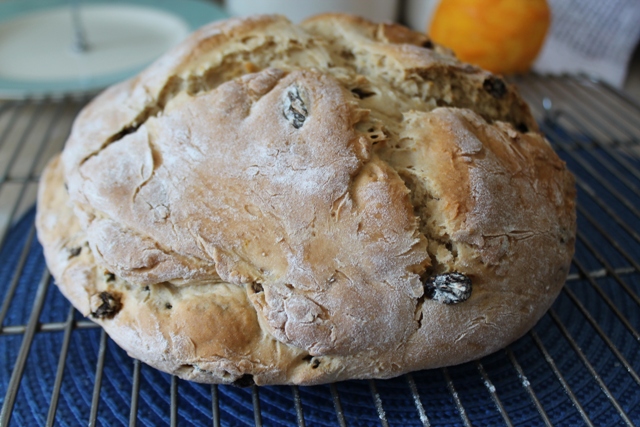 The texture was wonderful.  It was dense, but very tender and very delicious.  I always thought Irish Soda Bread would be a rough texture, dry and a little salty, but was I wrong!  It was hard to stop eating it so I could take photos.

It makes a great breakfast bread - toasted with a little slab of butter melted on it.  I add about a tablespoon more sugar than the original recipe (sorry Ina) as well as a teaspoon of cinnamon. The cinnamon and orange zest, along with the raisins, really make this a tasty bread. 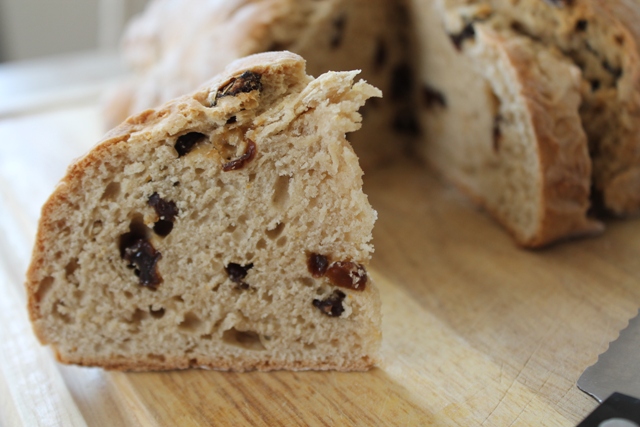 The Daring Bakers may not always be technically challenging, but it consistently introduces me to baked goods I've never considered making.

This will continue to be made in my kitchen and I'm still amazed it doesn't have yeast in it.  I can see putting different dried fruits in it since the texture reminds me somewhat of a stollen.  Easy to throw together with a great result!

When you add the diced butter to the flour mixture, keep the pieces separated and sprinkle them around. That way they integrate better than in one big clump.

The dough is very sticky, but roll it around a minute in the flour on the board and it will come together.  Don't overwork it.

I used the zest of a medium orange (then ate the orange with dinner, because there's nothing sadder than looking at a naked orange in your refrigerator).