These Cream Cheese and Pecan Stuffed Date have been a staple party appetizer for us for over many, many years.

They're fairly easy to make and very popular on the buffet! 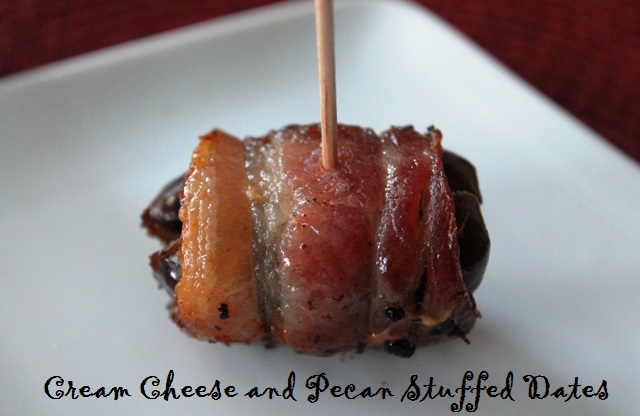 It's difficult to find a savory appetizer that doesn't have to be warm when served, so I really like this recipe because it's best when cooled.

I took it to a club Christmas party one year and one of the guys ate I bet nine or ten of them.  I was glad he liked them, but was a little worried what all that bacon and those dates would do to his tummy. 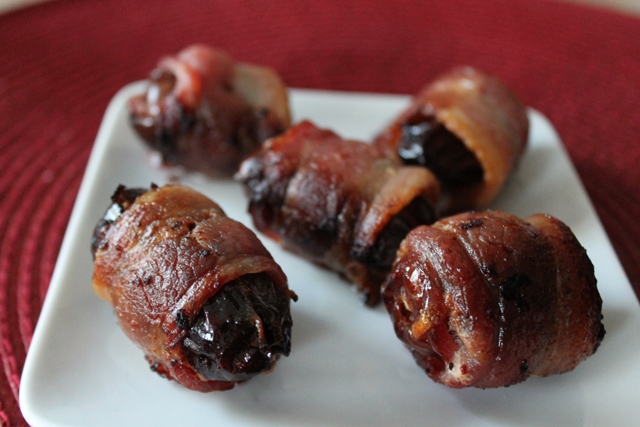 These stuffed dates are the perfect combination of sweet, salty and a little crunchy. I used Medjool dates for this batch and they were huge!

Since they were so big I also used thick-sliced bacon and ended up with quite a substantial two bite snack. You can use regular dates and the thinner sliced bacon and they come out as perfect pop-in-your-mouth appetizers.

Here's a photo of them when sliced. You can put as much or as little stuffing as you want and even use walnuts or almonds instead of pecans. After baked, the bacon gets almost caramelized. Oh my, they're good. 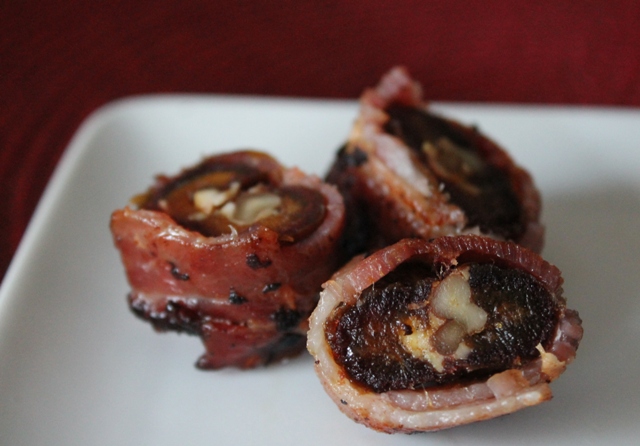 To shorten cooking time, sometimes I microwave the bacon for a minute or so to speed up the process.

The first time you make these, watch them carefully - you don't want the bacon crispy. With thinner bacon - bake for less time.

Goat cheese would be a good alternative to cream cheese, too.

For Christmas parties, I replace the toothpicks with green and red toothpicks to look more festive!