I knew I was going to love this one - first of all it's a yeast bread (yay) and has every component of a cinnamon roll.

That you can pull off pieces of the bread with your fingers is another plus! 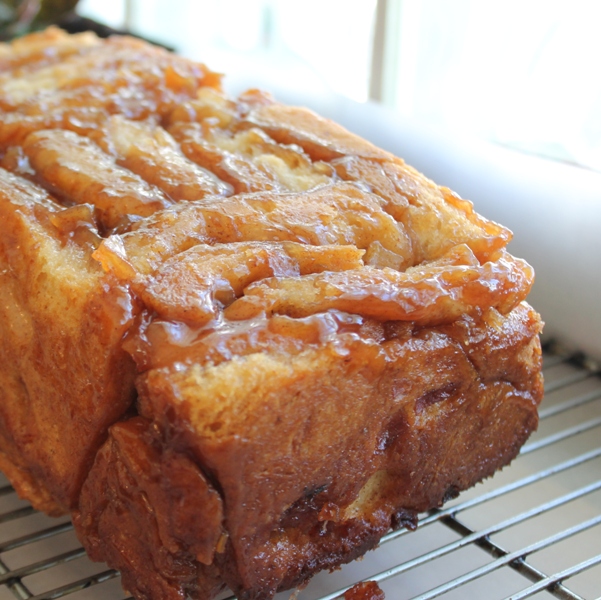 Oh, and don't forget the gooey carmely apple stuff that sinks to the bottom. 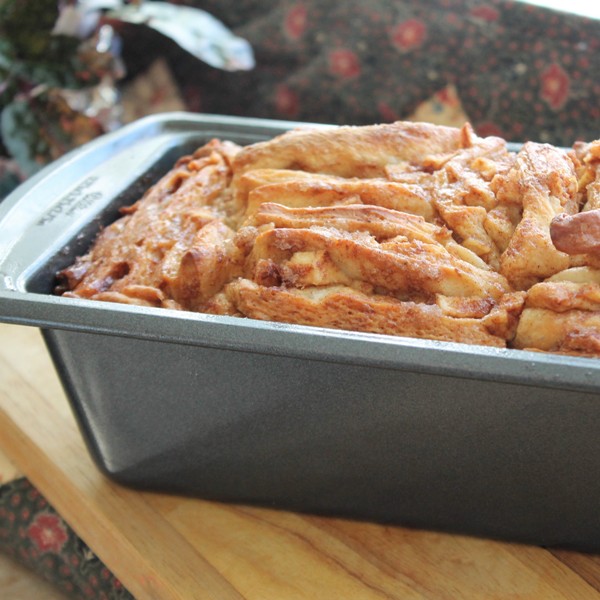 The photos don't do the bread justice. It was really hard to stop eating it, especially when you can peel off a little piece at a time.

Pretty soon you've eaten five or six of those little pieces. They're kind of like sticky buns, but are pull-apart. 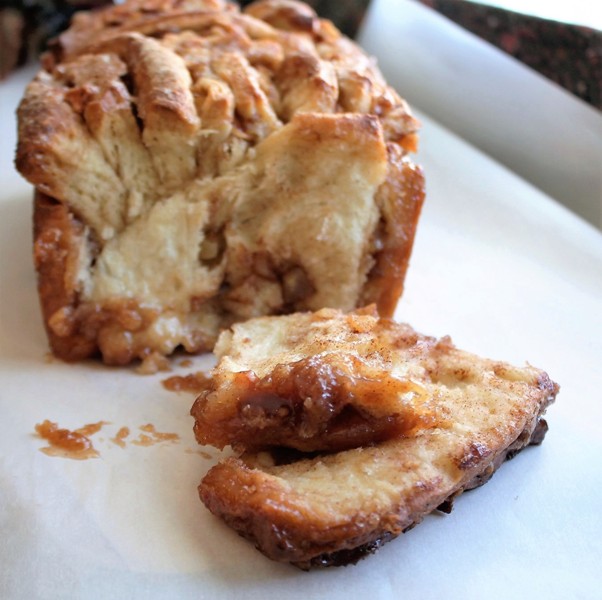 I followed Brown-Eyed Baker's instructions to manipulate the dough almost exactly and the it came out just like she said it would. A little sticky, but it rose beautifully. The dough did rest longer than specified so it would be easier to roll out and wouldn't spring back. 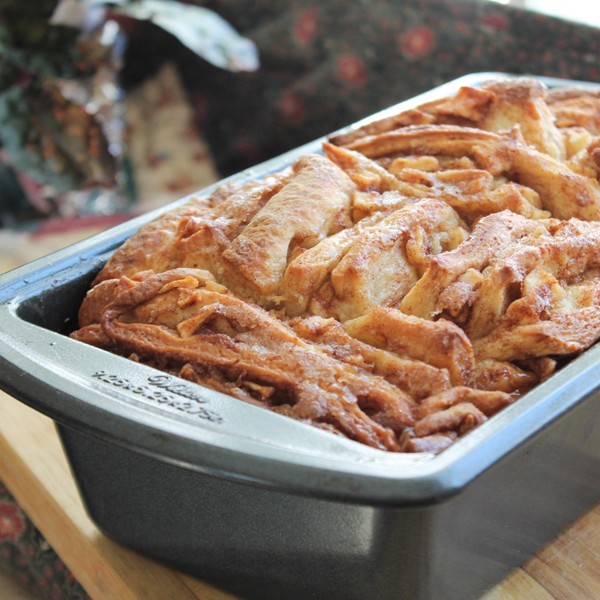 The original recipe also used all granulated sugar in the filling, but I thought the brown sugar made the gooey stuff better.

If the dough springs back too much while you're trying to roll it out, cover it with a kitchen towel and let it rest on the counter for 5 to 10 more minutes.  It will roll out more easily.