I usually prefer a thin, chewy cookie, but after my first biscotti I was hooked.

They're crunchy and so simply flavorful - good alone for a snack or with coffee for breakfast. 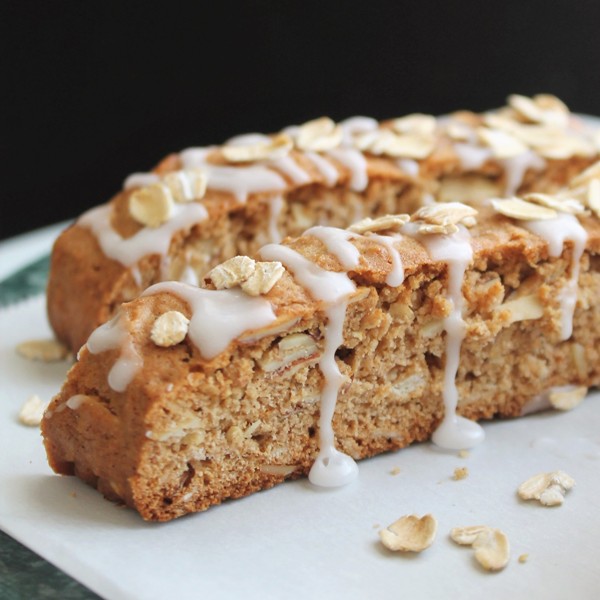 It's been revamped to make a small batch, but you may want to double it because it's a delicious little cookie. 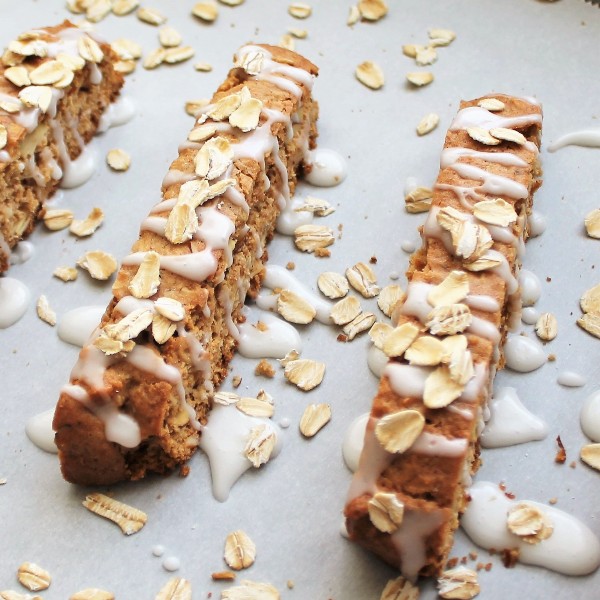 These Cinnamon Honey Oatmeal Biscotti have a deep cinnamon flavor and the honey adds a rich sweetness the way only honey can. I do tend to bake these for a little less than time than the recipe calls for because I like them a little less crunchy than usual.

These biscotti are amazingly good! I particularly like the little extra texture the sliced almonds and oats bring.

The flavor and textures remind me of a cross between a really good cinnamon oatmeal cookie and a fluffy cinnamon scone. I keep imagining raisins sprinkled in there - that would be great!

Lovely, lovely little biscotti (I think there's a song in there somewhere). 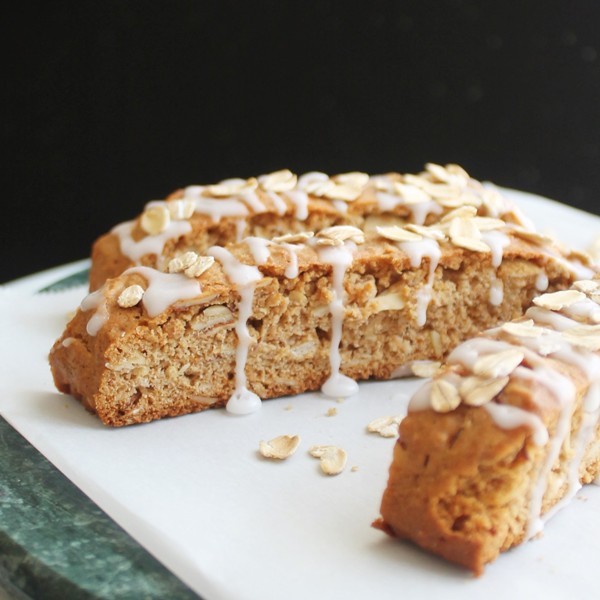 The dough is very sticky.  Be sure and wet your hands before molding the biscotti loaf.

After I glazed the biscotti, I sprinkled a few teaspoons of toasted oatmeal over the tops.  That's purely optional if you like the look.  Good either way!

The original recipe called for pecans.  I prefer it with the sliced almonds.