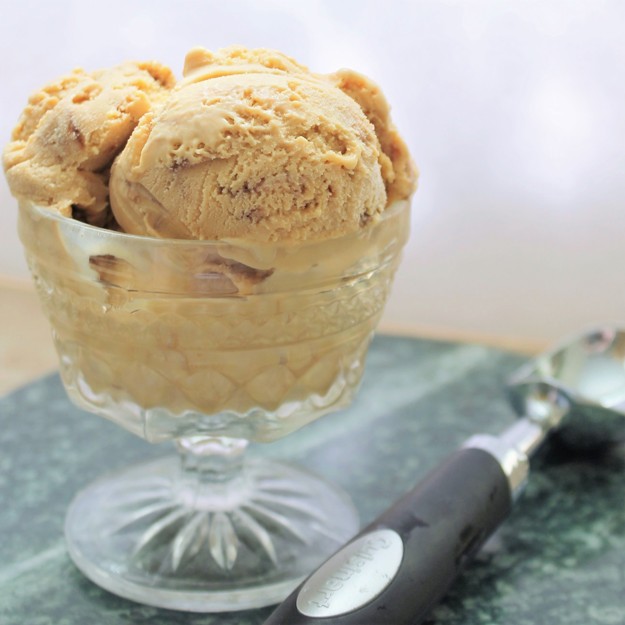 With Memorial Day weekend looming, I was looking for something special to make. I decided on ice cream because, well, who doesn't like ice cream? This Creme Brulee Ice Cream is a combination of a couple of recipes, the main adaptation is from Fine Cooking. 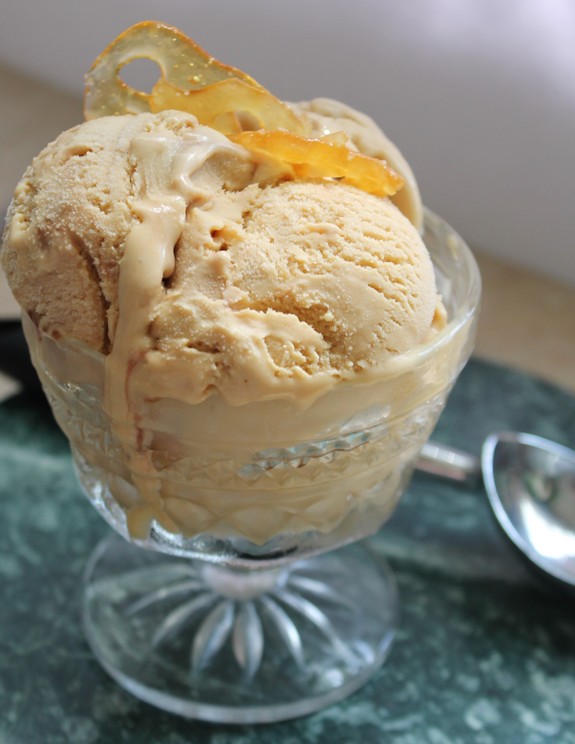 The photos don't do it justice. I renamed it to Creme Brulee Ice Cream because I cooked the sugar mixture a little longer to make a darker caramel. That extra cooking time gave the ice cream an intense flavor so it's not only a caramel ice cream, but it also has the flavor of a real creme brulee's crispy melted sugar caramel layer.

It doesn't have crispy pieces in it (although you can do that if you want), but I did create some spun sugar pieces for decoration. It's my first time spinning sugar, so ignore the, uh, crude designs. It was fun and I'll fine-tune that later! 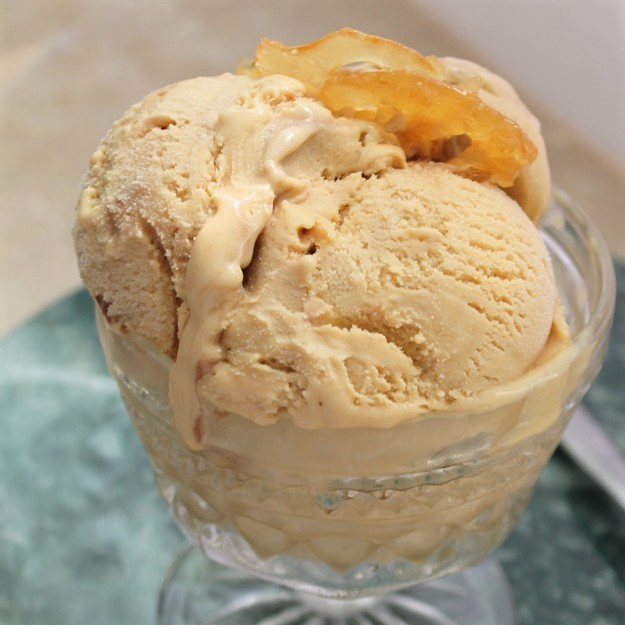 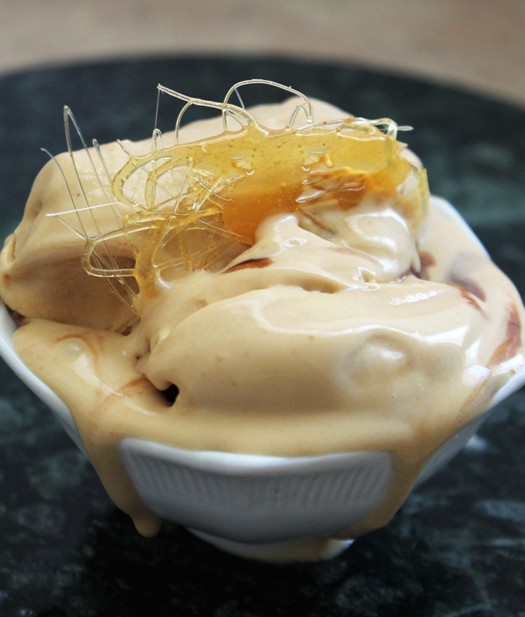 I did put a little chocolate syrup between layers. Probably won't do it next time because the ice cream is so amazing on its own.

I highly recommend this. It's a little work and takes some time to cool before freezing, but you and your family will be so, so glad you took the time to make it.