For the May Daring Baker's Challenge, Marcellina from Marcellina in Cucina dared us to make Lamingtons, an Australian delicacy that is "as tasty as it is elegant."

Marcellina's Lamingtons are beautiful (see her site), but I think I need some practice before declaring myself a successful Australian snack cake baker! Mine turned out more like Lame-ingtons.

These little snack cakes are essentially a cake dipped in a chocolate glaze and coated with dessicated coconut. (Dessicated coconut is coconut meat that has been shredded or flaked, dried to remove as much moisture as possible, and is not sweetened.) I only had regular sweetened coconut, but it seemed to do the trick.

First, the sponge (cake) is made, making sure it's beaten to about three times it's original volume: 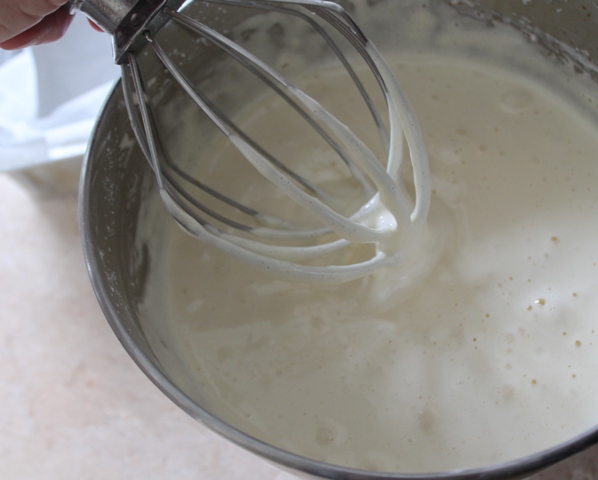 I think I might have manhandled the batter a little too much when I folded in the flour mixture. It ended up flatter than it should have - about 1" tall instead of the 2" plus it was supposed to be. It seemed to get flatter as it cooled. 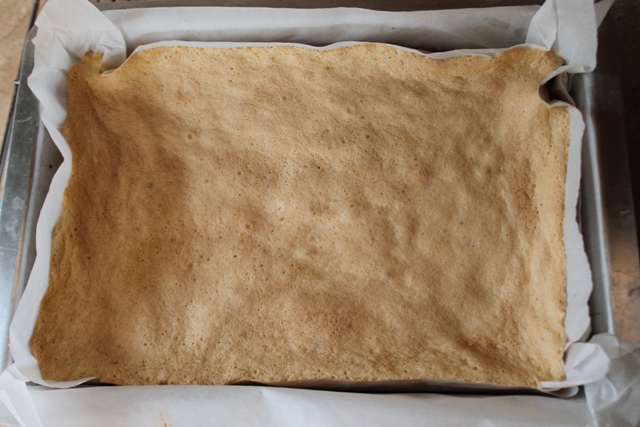 I loved the taste of the cake - very pound cake-ish with a nice vanilla flavor. I tend to put a little more vanilla than recipes call for because I like that taste.

It was recommended to let the cake sit for a day before dipping it in the chocolate as it would be easier to handle and not fall apart. I only had the patience to wait four hours, then proceeded with the dipping. You should really wait a day to do this...a lot of it fell apart and since some of it was so thin, the chocolate soaked all the way through the cake and ended up a little bit of a mess. One of the Daring Bakers recommended putting it in the freezer before dipping - good idea.

I used the outer edges to complete the challenge since they were a little bit taller and stood up to the chocolate dipping. I urge you to look at Marcellina's Lamingtons or go to The Daring Kitchen to see what they're really supposed to look like! Here are the best shots I could get of mine: 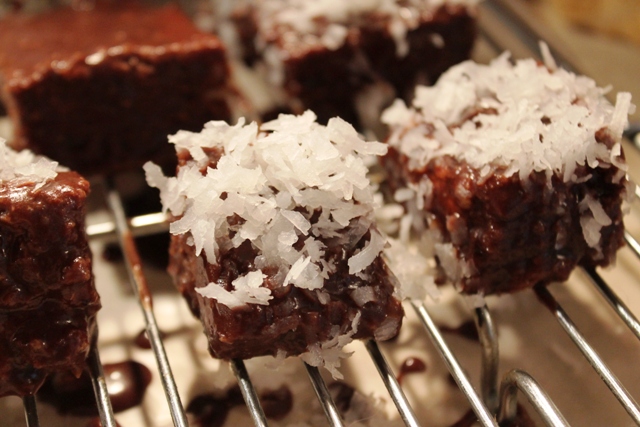 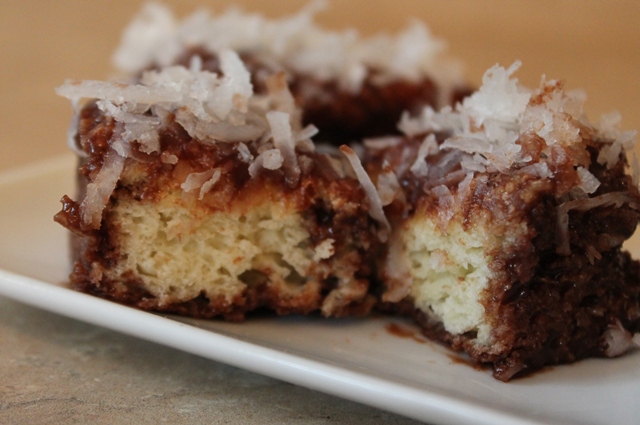 These little snack cakes were actually quite delicious and I'll probably try it again with a different cake recipe that I know will be taller. By the way, the recipe called for 1 ¼ cups of cornflour, which is the Aussie name for cornstarch - thought that was interesting.

I'm going to link you over to Marcellina's web site, as she has excellent step-by-step instructions along with the recipe and much better photos!