Cinnamon Bread Deluxe is my favorite cinnamon bread recipe of all time.  It fills the house with that fresh-baked cinnamon smell and turns out beautifully every time. It's dense and moist and everything you'd want in a cinnamon bread.

Penzey's Spices put out a beautiful magazine for several years and this recipe was in one of them.

Unfortunately they no longer publish the magazine, but they do send a catalog that includes not only their spices and prices, but also stories about everyday people and their recipes.

If you have a Penzey's in your neighborhood, I highly recommend a day trip to browse their herb and spice aisles. For you all in D/FW, there's a Penzey's at 635 and Preston. 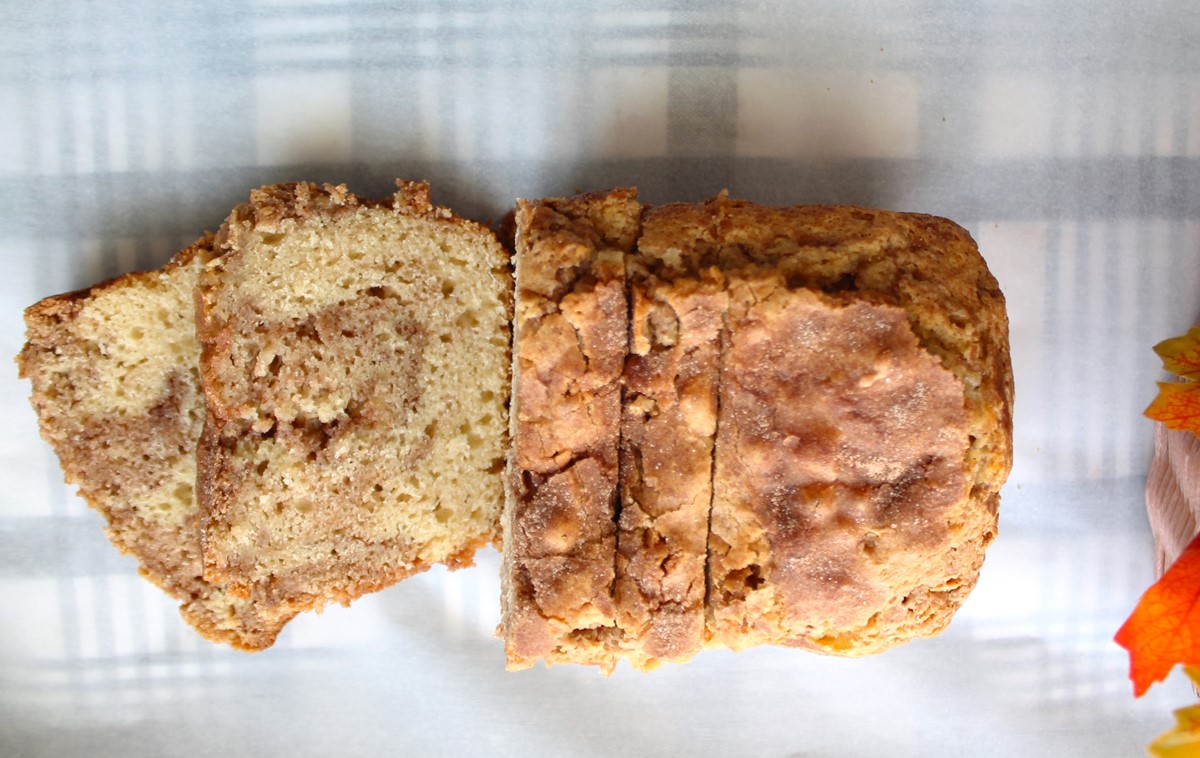 How Easy Is This To Throw Together?

Very easy!  (Bet you knew I was going to say that).

Dry ingredients in one bowl, wet in another, then stir together until just combined - don't over mix.

Pop it in the oven, wait 40-50 minutes, and it's done.  The recipe suggests after completely cooled, to wrap it in plastic wrap and let it sit over night.  It seems to make for a better quick bread.

However, it's not real easy to wait that long! 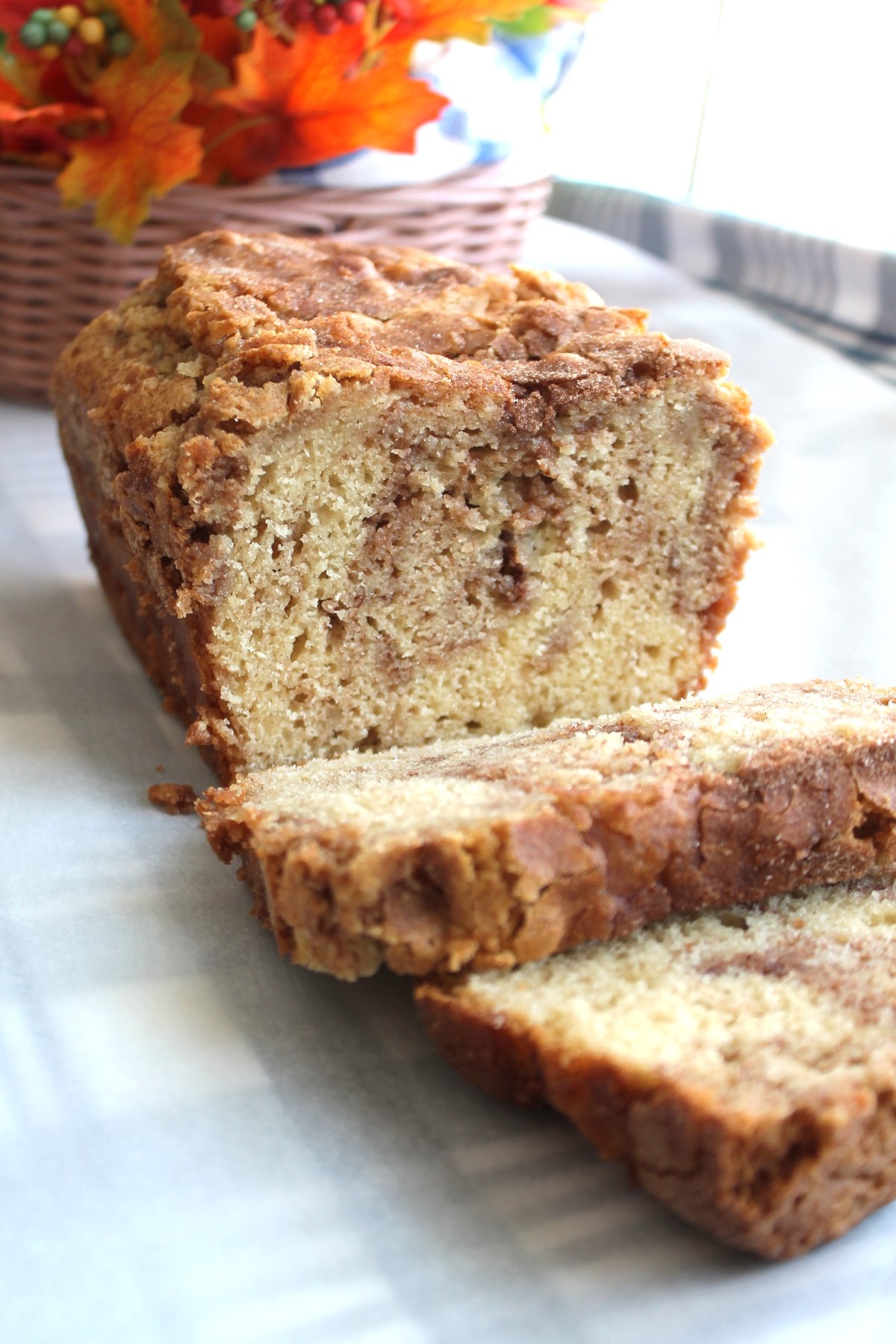 This quick bread is great for freezing (after completely cooled, of course) and pulling out when company or family comes by.

It's a family favorite!

This Cinnamon Bread Deluxe is really great with coffee. Bret thinks I say everything is good with coffee (which most things are, right?), but this is an outstanding breakfast bread.

Another great bread on my site is Orange Cinnamon Bread from Heaven.   It's made with yeast, but way worth the time!

Check the loaf at 45 minutes by putting the toothpick in near to the side of the pan instead of through the top of the loaf.  The top will be more moist than the rest.

It really is better after cooled, wrapped and left overnight.  It's an awesome breakfast bread with coffee, but we have it for dessert, too!