I chose the Pear-Cardamom Cake since pears are kind of in season (even though it’s really citrus season in January/February) and we still have some beautiful pears in our area. 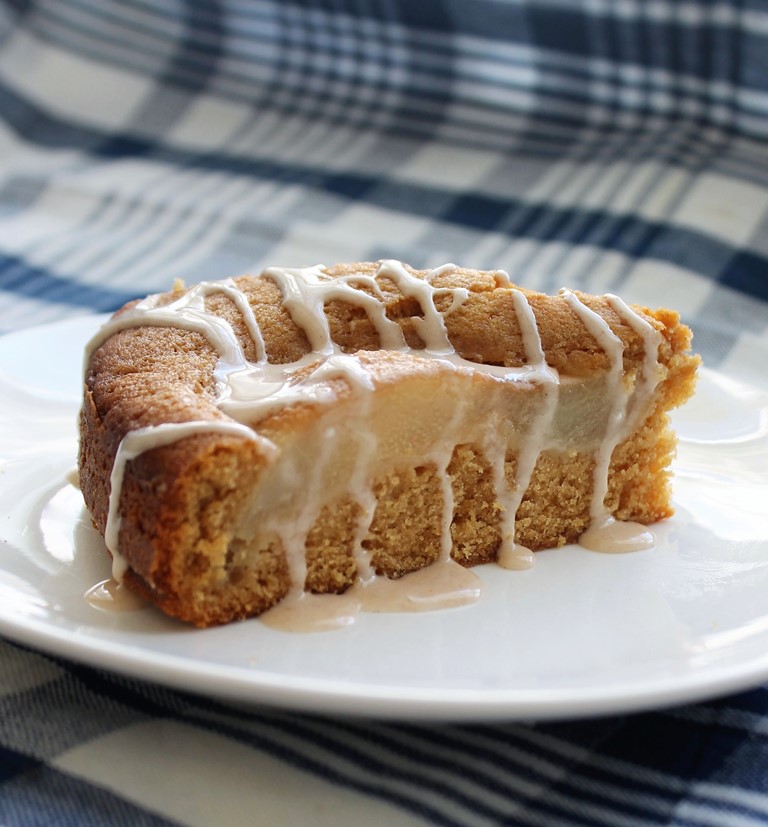 Another reason I chose this cake is because I’ve always wanted to make a pear cake where the pears are sitting upright with little stems on them.  And no, as you can see, my pears aren’t standing upright!