Lately Blue Bell Ice Cream has been on sale and we’ve been stocking up because there’s nothing better for dessert than ice cream during the summer days in Texas.  Until I made this Homemade Milk Chocolate Ice Cream.

I’ve dabbled in making ice creams (like the wonderful Peach Ice Cream and Peach and Honey Sorbet), but this one has to be the best of the lot and will be booting Blue Bell out of the freezer! 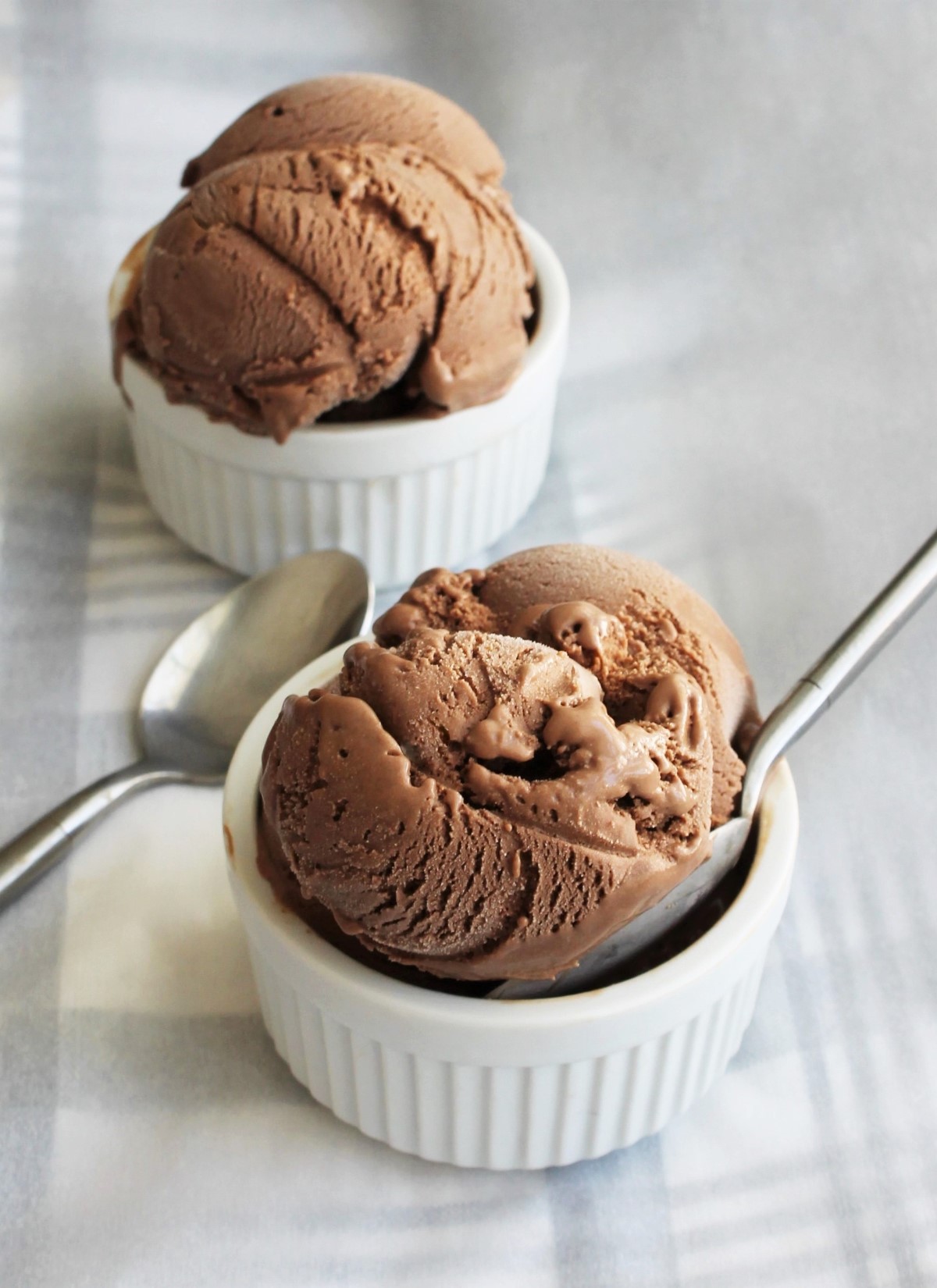 I revised his recipe somewhat mainly because I didn’t want to use 8 (!) egg yolks.  I also substituted part of the half-and-half with 2% milk because I only had 2 cups of half-and-half.  Nothing like changing a recipe and then expecting it to come out right, huh? 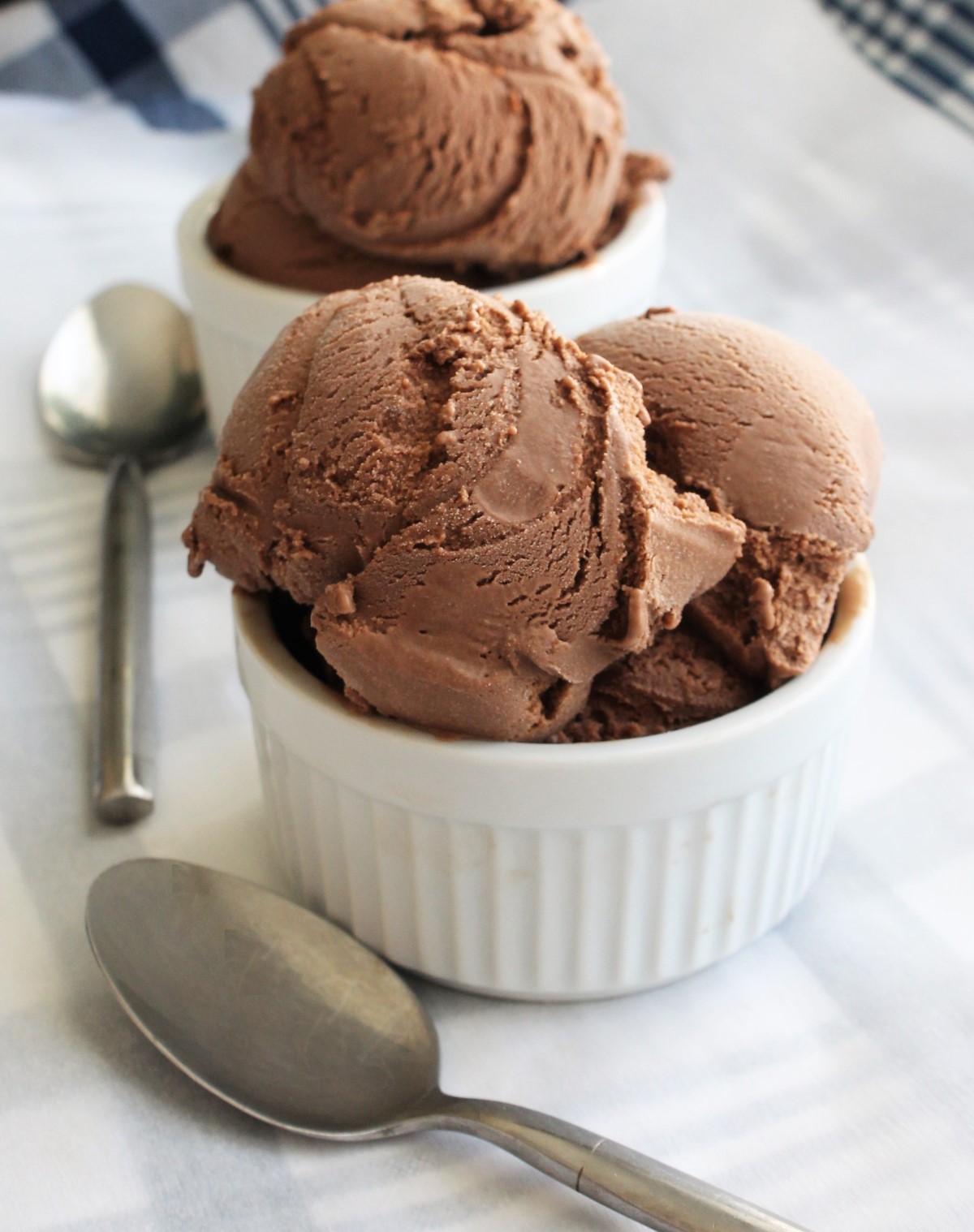 I patiently waited overnight for the custard mixture to cool (the cooler the mixture, the smaller the ice crystals and the smoother the ice cream).

Then I churned the ice cream for about 25 minutes in my trusty electric ice cream maker, after which the ice cream went into the freezer for about 4 hours.  It was supposed to be more than 4 hours, but by that time I couldn’t wait. 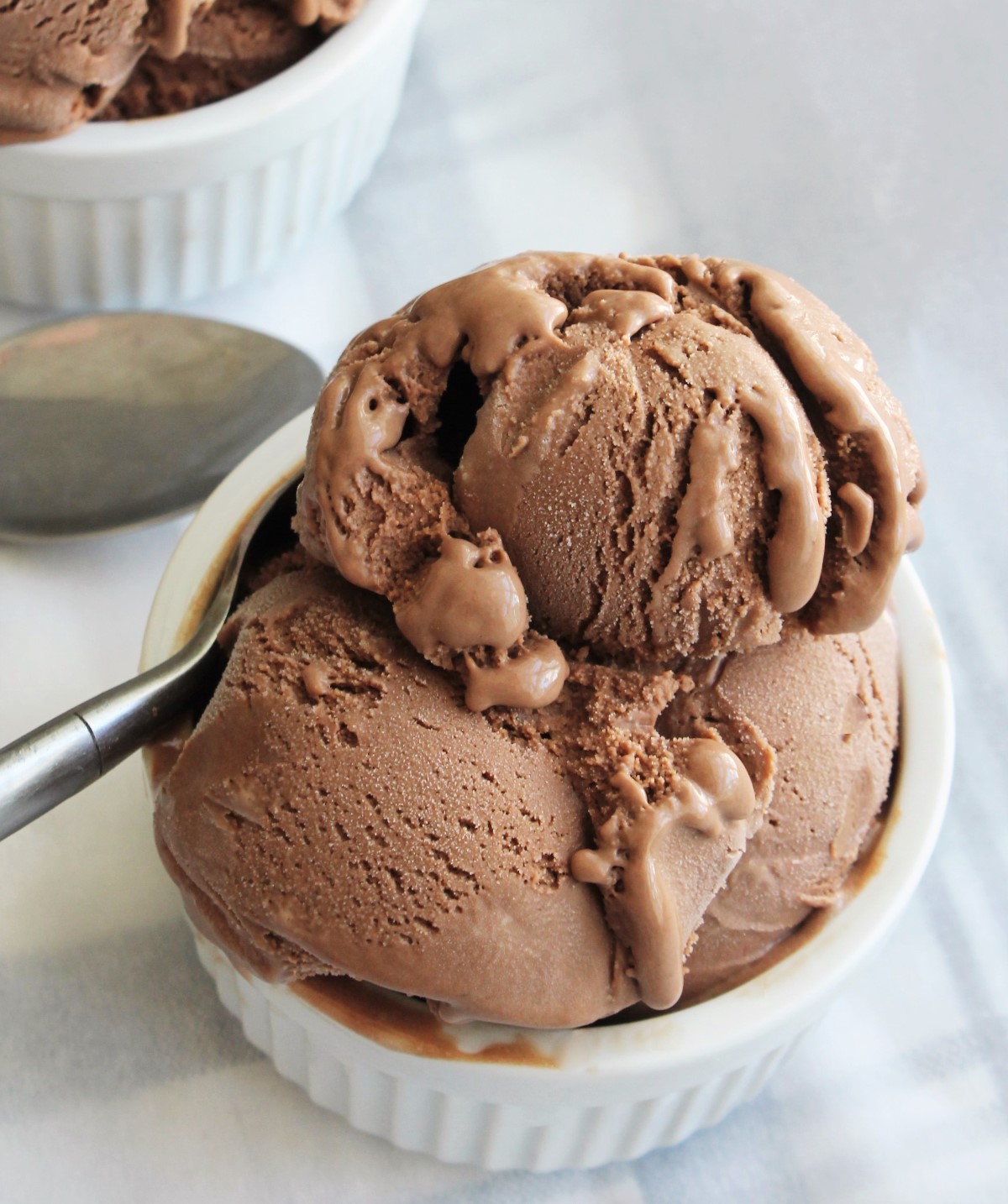 Thanks to Alton Brown’s tips and this Homemade Milk Chocolate Ice Cream recipe, I’m better at the art of ice cream making.

I’ll be trying a vanilla ice cream next and then want to add bananas to the chocolate ice cream to make a Chocolate-Covered Banana ice cream.

What to do with the egg whites from this recipe?  Try my Chocolate Pavlova recipe! Or, if on chocolate overload, make a healthy egg white omelet…