I’ve been a little under the weather lately and haven’t posted for awhile, but the August Daring Bakers’ Challenge was due today and it looked like so much fun that I had to make it!

This was posted by Swathi at Zesty South Indian Kitchen and caught my eye because it’s so unusual.

I thought Swathi have us try making an Indian dish (of which I am not a big fan), but she explains that this is “a traditional wedding pastry made in Transylvania (Romania)….wrapped around a wooden cylinder, rolled into sugar and slowly baked on the fire.”  What?  Vampire pastry??  I’m in. 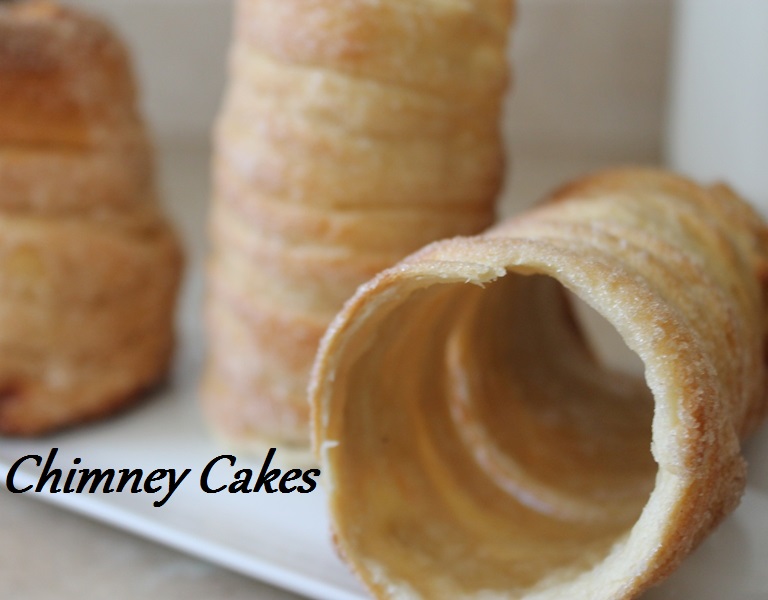 After getting over the disappointment that it’s not actually a vampire pastry, the process began. There were nice, clear instructions and ingredients already on hand in the cabinet, so I set aside an afternoon to make this.

The dough is a bit sticky, but after “Pamming” my hands, was easy to manipulate.  Here’s a picture of the aluminum-foiled rolling pin and cylinders, as well as how I cut the dough before winding it around them. 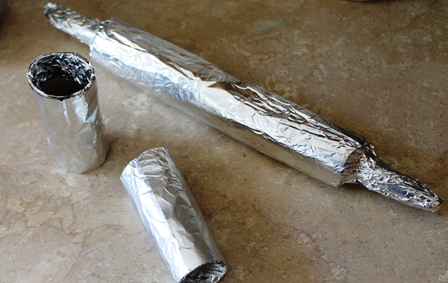 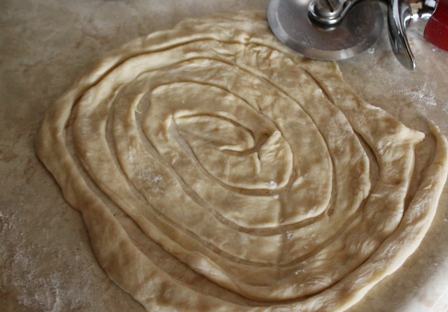 Putting the aluminum foil on the rolling pin was probably the trickiest part about it.  I only have one rolling pin, so cut down a paper towel cardboard center into two additional 11 cm. cylinders.  That worked.

The dough is then wrapped around the cylinders, buttered, sugared yet again and set into the oven.  The result is golden brown pastry, something in the vein of a churro – but not as rough-textured. 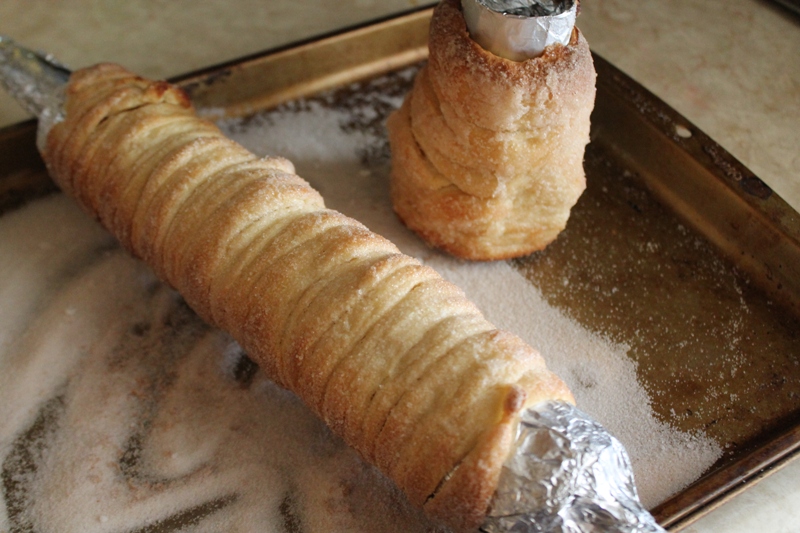 Now, a disclaimer.  I made this Chimney Cake on the day I was getting sick, so have only tasted a bite .  Bret, though, has been eating them with a big bowl of ice cream and has really been enjoying them.

Asking for a rousing review statement, he looked at me blankly and said “yeah, they’re good.”  Huzzah! 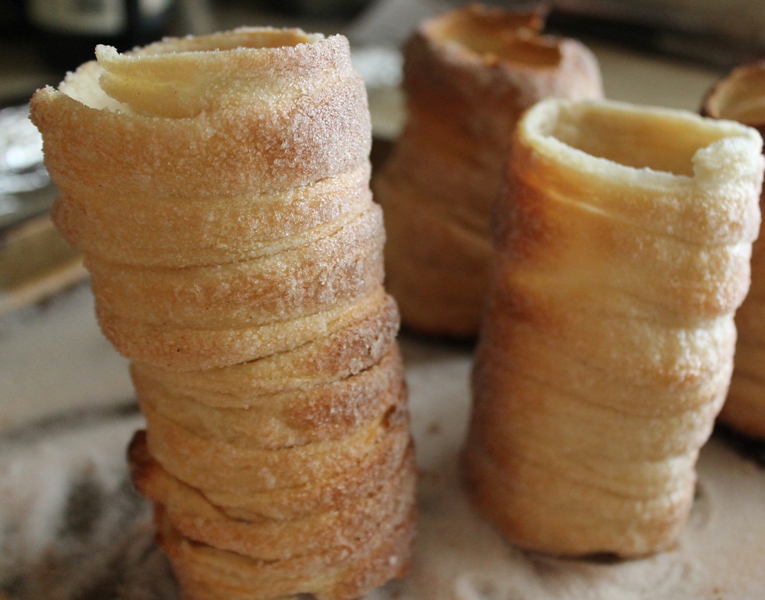 The original recipe had added minced walnuts to the sugar mixture.  Just didn't have any, but would add a nice texture.

I had extra dough, so I rolled it cinnamon roll style and baked it along with the cylinders in the cake pan.  That would have been good with some berry jam between the layers.

Don't forget to turn the cylinders halfway through baking.