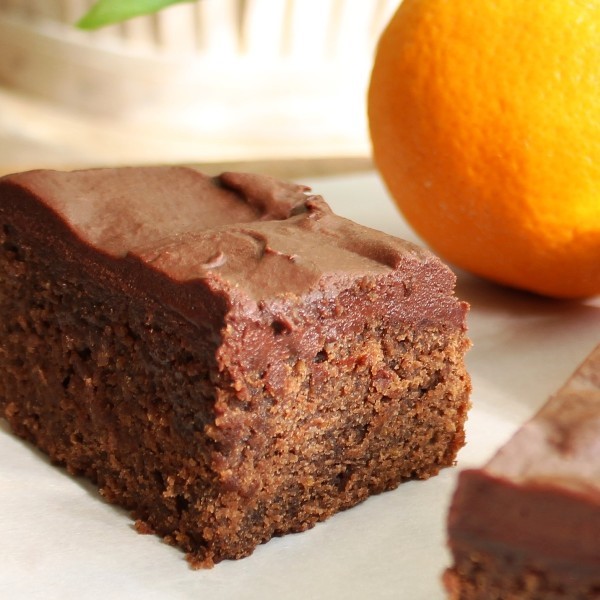 After my last post (the incredibly detailed Chocolate St. Honoré Cake), I decided it was time to make something simple but tasty. Enter Easy Orange Brownies with Chocolate Buttercream Frosting.

They could have been a little easier without the frosting, but Bret really likes frosting on brownies and I’m nothing if not a good frosting wife. OK, I’ll stop saying frosting now.

These are easy because you start with your favorite fudge brownie mix. I use Duncan Hines, but use whatever you like or whatever’s on sale.

Make the brownies as usual, substituting a pureed orange (yes, including the peel) for the water. Pour it in the pan, bake, and there you go. You don’t have to make the frosting, but I think it complements the brownies nicely. And what’s not better with buttercream frosting?

You’ll end up with dense, moist orange-flecked brownies slathered with that nice chocolate frosting. Grab a glass of milk or your favorite coffee or hot tea and dig in. What could be easier? 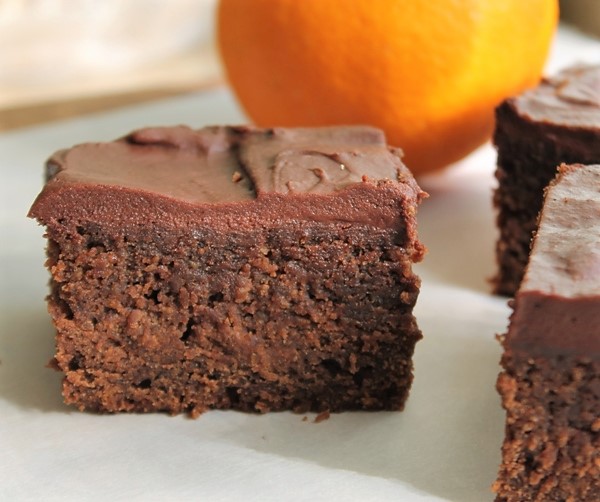 Remove as much of the pith away from the orange as possible, but don't worry if there's a little left here and there.  I also removed a few of the bigger veins on the inside of the orange.

These are thick and moist and rise a little more like a cake than brownie.