We just got back from vacationing in the beautiful North Carolina Blue Ridge Mountains. It’s breathtaking!

We drove 2500 miles round trip in a little vintage British convertible – a lot of those miles in the rain – and had a great time. 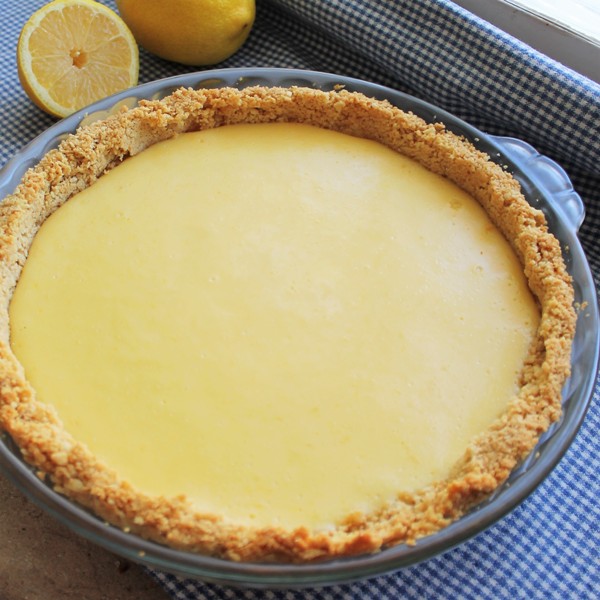 The day after we got home, Cook’s Country had a show on North Carolina recipes, including this lemon pie and delicious-looking Nashville Hot Chicken. 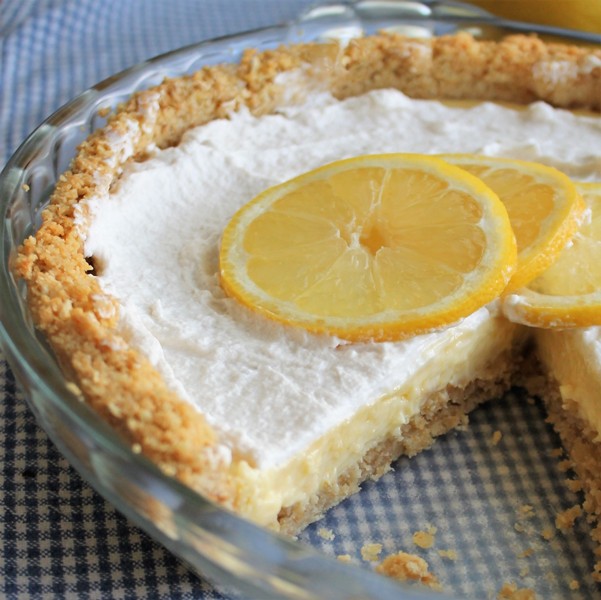 They make it look so easy on the show. Throw the crackers, butter, and corn syrup in the food processor, then pulse and press into the pie pan.

Stir together the rest of the ingredients and pour it in the baked crust, then bake again till jiggly-firm.

They forget to show the part where you’re counting out and weighing saltines, zesting and squeezing the lemons, and separating the eggs.

Oh, and the part where I got lemon juice in the cut on my little finger. Ouch. Wish I had a little sous chef like they do. 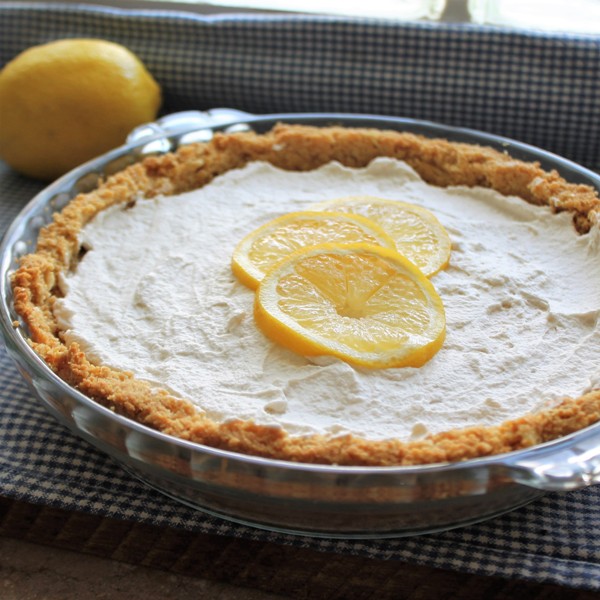 The lemon filling for this pie is the best lemon pie filling I’ve ever had. Just a touch tarter than sweet, creamy from the addition of heavy cream, and altogether divine.

The crust is very unusual, which is one of the reasons I wanted to make it. It’s made with saltines (I know, right?) and is crunchy, a little salty and goes perfectly with the filling. It’s not your normal graham crackery-tasting crust – it’s very good! Next time I’ll make the crust a little thinner on the bottom, though.

Oh, and don’t forget that layer of whipped cream on the top either (next time I’ll double that).

Update: After two days in the refrigerator, we decided the pie is at it’s best. The crust absorbed some of that wonderful lemon filling and softened. Bret doesn’t particularly like lemon stuff and he’s eating this up!

I wrote the recipe exactly as I made the pie and the ingredient amounts are exactly what Cook's Country called for.  Next time I will make some minor changes:

Since I use salted butter, I will omit the salt from the crust.  Also, on the crust, I will lower the amount of saltines to 5 oz  (and only 9 tbsp melted butter) as I thought the crust was a bit thick on the bottom.

Next time, I will double the topping since we like a thicker layer of whipped cream.

Use your favorite graham cracker crust if you don't want to/don't have time to make the saltine cracker crust.